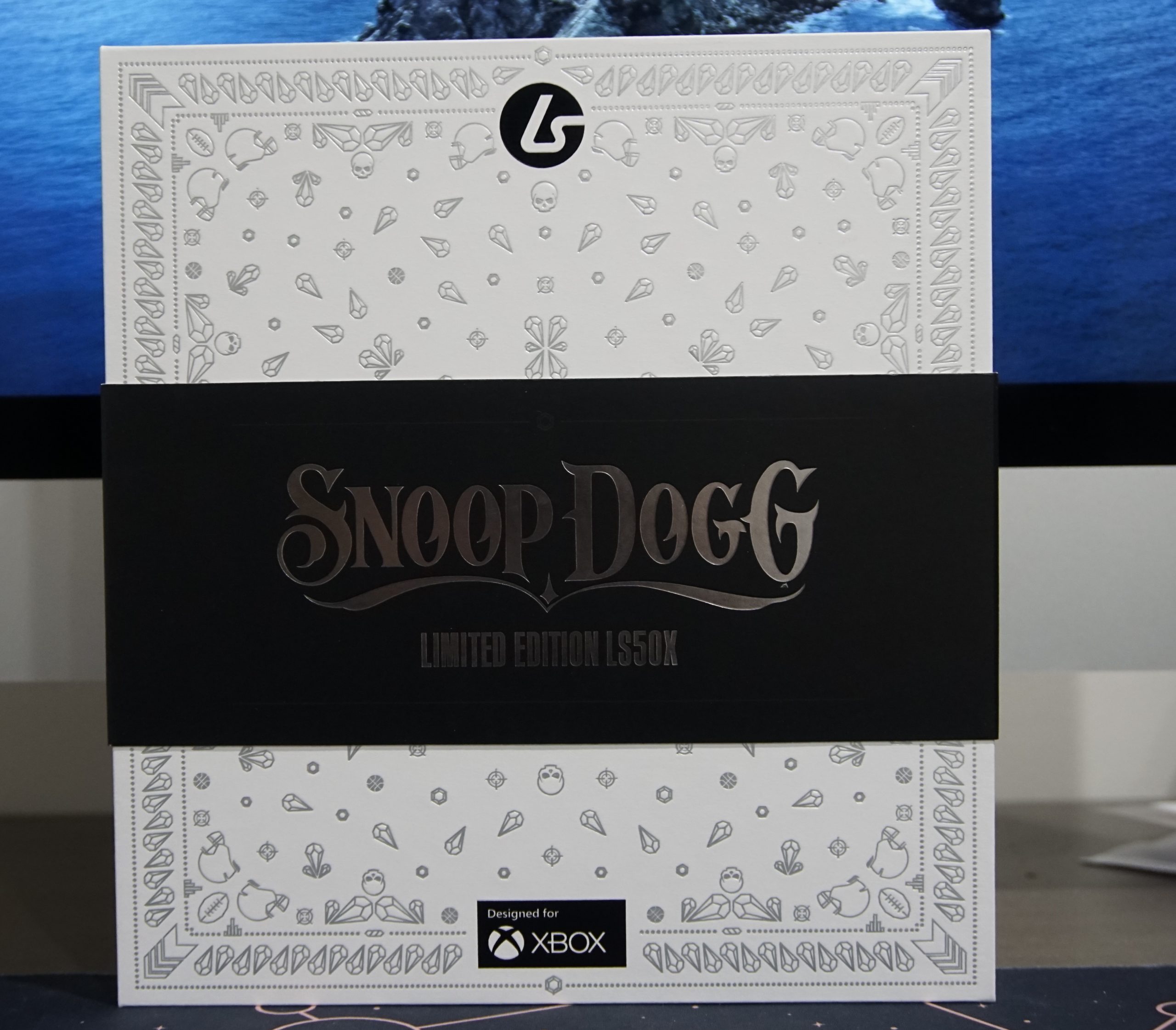 When LucidSound announced the LS50X at last year’s E3, I was both surprised and worried. For a while LucidSound has been a bang for your buck company, a quality that is great at low to mid-tier, but matters less in regard to high end. Still, the LS50X retained much of what made LucidSound so compelling that we were so optimistic we listed the headset in our holiday gift guide. Now that we actually have the headset in our possession, is it worth the money or should they stick to the lower end?

For those interested in invest the extra money for the Snoop Dogg edition, you’ll be greeted with what is quite possibly the best headphone packaging I’ve ever seen. The outside of box is filled with a variety of icons, such as skulls, diamonds, footballs and helmets, all with a metallic film over them. Coupled with a black band that shows Snoop’s name and indicates the limited edition status is a nice touch. Inside the packaging is likely very similar to the standard version, as everything is included in the hardshell case. Upon opening you’ll find the headset, along with a pouched connected to one side via a hook-and-loop fastener (think Velcro) that contains all your cords. Here we were given a white headphone cord along with a white mic, which will likely be black and/or grey when the regular version releases. Below the headphone case is some documentation and for those with the Snoop Dogg edition, a special, individually numbered, insert. Ours is not numbers due to the headset being pre-production.

Before talking about the headset itself, I want to touch on the case itself. This is a solid step up from the travel bag found on the LS35X and LS41, that adds a fair bit of value itself. The ability to completely remove the cords, if you so choose, is welcome and the built in handle makes it easy to carry. Where this case falls a bit behind is the lack of some kind of hook. Other cases include something so you can attach it to the outside of a bag, making it easier to bring from point A to B, whereas this one simply provides more protection on the go. It isn’t a deal breaker, just something to keep in mind. That said, it is a sturdy case and one I would not worry about tossing in a bag.

As far as design goes, not a whole lot changed between the mid-tier models and the LS50X. The biggest changes are softer materials, making the headset feel much nicer quality and moving from micro USB to USB-C for charging. Another difference is the included earpads. Instead of including the memory foam and cooling gel pads, they’re completely covered like most headsets. Thankfully, those interested in the cooling gel pads can easily replace them and it looks like the standard version of the headset comes with them by default.

After putting them on, I was impressed by how seamless the process is. One thing that makes the LS35X and LS50X special is the ability to wirelessly connect to an Xbox One. After getting it up and running, the big feature on this headset is the included Bluetooth. With it you can connect to both your phone or DAP simultaneously with your Xbox along with plenty of versatility outside of gaming. With so many televisions adding Bluetooth support, this is a great way to use the wireless functionality for other devices like Switch and PlayStation 4, though chat functionality will not work like this.

Not only does this add a lot more function to the headset, making it easier for hardcore gamers to justify the increase in cost, it’s one of the easiest headsets to control when listening to music. Instead of relying on gestures or a wide variety of buttons, the outer ring on the left side increases or decreases the volume, with the right side allowing you to either go to the previous or next track and to play, pause or answer a call, simply tap the center button. It’s very simple and is a great way to utilize what is arguably one of LucidSound’s best features.

Regardless of how good the feature set is, a big part of the headsets value hinges on the quality of sound. Like a lot of gaming headsets, it simply can’t replace a similarly priced pair like the Meze 99 Classics for music, but it does a good job for anyone looking for a single solution. While the sound is a bit mid heavy, there are five equalization modes that change the way it sounds. In addition to the usual signature sound, bass and treble boost, this headset boasts a movie and music mode. These modes allow you to do a bit better outside of gaming or match the activity you’re currently doing or at least give you more options.

Despite that shortcoming, they perform quite well for the intended purpose, gaming. When used correctly, they can help you distinguish key sounds like footsteps, gunfire and other sounds you can use to locate and defeat your enemies. Even if you don’t plan on chasing multiplayer glory, they highlight some of the finer points in other settings. For instance, using them in a raid or multiplayer group activity can be the difference between an ambush getting the best of your team and blasting those fools. Ultimately it just depends on what you’re trying to do. During our tests we found hostile forces a breeze to flank in Destiny 2, plenty of foolish zombies to chomp in Plants vs Zombies, plenty of allies worth saving in World War Z, it easier to locate and avoid ghosts in Dead End Job, avoid sneaky enemies in Children of Morta or simply stay alive in The Surge 2.

Since this review is covering the Snoop Dogg edition, I also want to take a moment to highlight one of the most interesting features, Snoop Dogg voice prompts. Part of the fun for this review was actually trying to discover all the different recordings, which is honestly more than you’d expect. That being said, how you feel about them will likely vary. Some of them are easy to figure out, such as “oh you want that movie mode,” though things like “Snoopadelic” might confuse you (it’s music mode). Considering this is a headset meant more for fans of Snoop Dogg, it’s a small touch that makes this so much more than a branded headset.

When it’s all said and done, this is probably the best Xbox headset on the market. A lot of this has to do with it having a clear use, something it does extremely well, along with plenty of value outside of that one purpose. Even if other devices do one or two things better, you’d be hard pressed to find another headset that is as versatile. So, for these reasons and more, if you’re looking for a new Xbox headset, look no further than the LS50X.

[Editor’s Note: LucidSound LS50X Snoop Dogg Edition was given to us for review purposes.]