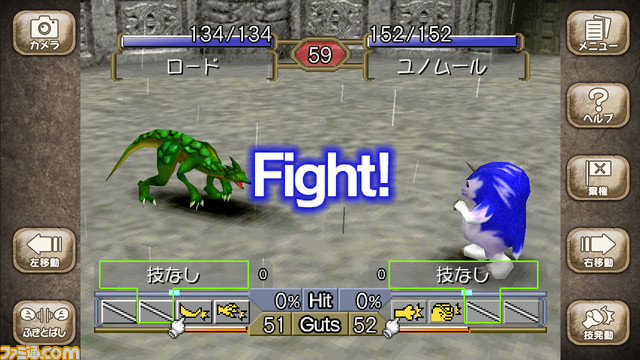 Currently coming only to Japan

KOEI Tecmo announced today that Monster Rancher 2 port will be released on Switch, iOS, and Android devices this fall in Japan.

Monster Rancher 2 will feature new elements and improvements. It will also have over 400 monsters. Those who may have missed its original release for PlayStation back in February 1999 can look forward to the enhanced version. Sadly, no word yet if it will be released outside of Japan.

Here’s a brief story of the game, via Wikipedia:

The story of Monster Rancher 2 is largely non-linear with story events happening only after certain requirements are met (winning a battle, reaching a certain rank, etc.). The story begins with the main character going to register to become a trainer, it is there when Colt appears as the trainer’s new official assistant. The “end” of the game is when a monster is able to beat the Big Four (the four highest ranked battles in the game) when this happens a video about the history of the monsters is shown. A monster who has beaten all four of the S class tournaments can then go on to compete in a special match for champion monsters like itself.

It is important to note that Monster Rancher 2 happens in close time proximity to Monster Rancher 1, but on a different continent (MR2 being set in the IMA area, and MR1 set in the FIMBA area), because of this there is a special battle between the player and the assistant from the first game, Holly. This event takes place every four years, much like the Summer Olympics, and the player’s monster has to be of certain rank to gain entry to. The event is called the IMA vs. FIMBA meet and always takes place in the last week of August. The player must win the preceding entry tournament first, which always takes place in the last week of July, respectively.

Defeating the Major 4 tournaments and the Legend Cup does not unlock all of the monsters in the game. There are different steps to take to unlock each main breed monster.

As soon as we hear anything about a western release, we’ll definitely let you know.