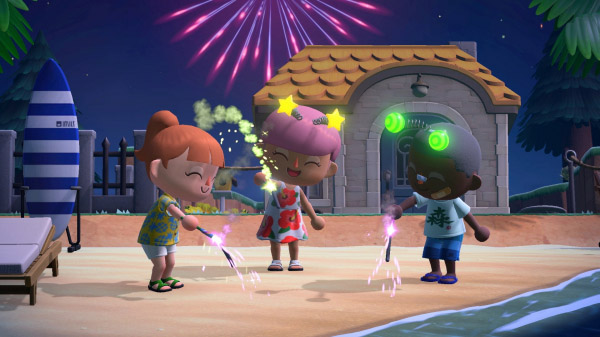 Nintendo is pleased to announce today that Animal Crossing: New Horizons will be getting its second free summer update this week, July 30, for the Switch.

The second free update will add fireworks show, dreaming, and an island backup service. The new update can be downloaded through the Software Update later this week.

Here is a list of features that will be available on July 30:

Animal Crossing: New Horizons is expected to get its third summer free update this Fall.

Watch the new trailer below: