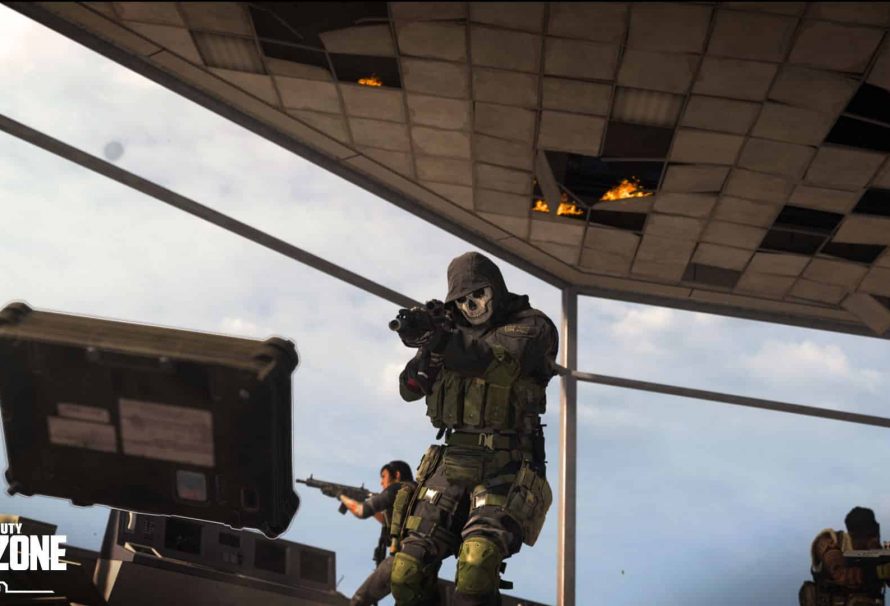 The latest update to Call of Duty: Modern Warfare has arrived on all platforms and it’s a huge patch for everyone to download.

Some Xbox One owners have been welcomed to a huge 84 GB update, but Activision says this is an error and they will fix that to the right size very soon.

The full patch notes were posted over on Infinity Ward’s official website. You can read about all of the details posted down below.

Once you’ve unlocked Gold for a weapon, Mastery Challenges become available. There’s 8 Challenges per weapon, each granting their own rewards, with 4 Playercards and 4 Emblems up for grabs. You’ll need to make your way through 2 Kill Challenges, 2 Headshot Challenges, and 4 additional Challenges that must be done in order (Gold, Platinum, Damascus, Obsidian). Completing all challenges for 51 weapons unlocks a badass special Sticker and Playercard!

Events can occur during Warzone Battle Royale matches and have an impact on the strategy and approach to gameplay. Events can happen in any given match without advance notice. When they happen events will always occur mid-game. E.g. after the first drop kit and before the Gulag closes. Only one event type will occur in a given match, so familiarize yourself with three new event types, available at the start of Season Four – ‘Jailbreak’, ‘Fire Sale’, and ‘Supply Chopper’.

When a ‘Jailbreak’ occurs, all players that have been eliminated will be released back into the match. Whether you were waiting for your 1v1 in the Gulag, or had been relegated to a spectator, now you’ll have another chance. You will get a one-minute notice before a Jailbreak event happens to find additional armor or secure a weapon for your returning teammates. Jailbreak events can occur any time during the middle game of a Battle Royale match, so it may

be worth it to spectate, just in case. Be mindful that when a Jailbreak occurs, it’s not just your teammates that are coming back, but tons of additional enemies.

A ‘Fire Sale’ is an in-game event that temporarily discounts most of the items at a Buy Station up to 80% or even gives items out completely free. A Fire Sale is the perfect time to pick up a UAV, Armor Box for your squad, or even a lethal Killstreak. During a Fire Sale buying back a fallen teammate is completely free. If your short on in-match Cash, a Fire Sale might be the best chance to redeploy a squadmate. Note that even during a Fire Sale, Loadout Drops are not discounted. Fire Sales only last sixty seconds, so expect Buy Stations to be crowded and prepare for a fight.

A ‘Supply Choppers’ event brings a non-lethal, but heavily armored helicopter to Verdansk. The helicopter will have a lot of health, and it will require a few rounds of bullets and maybe a rocket or two to bring it down. The helicopter will not shoot at you, but make sure that while you’re distracted enemy teams don’t take advantage. Once you destroy the Supply Chopper, it will drop high quality loot for players to pick up. This loot includes three UAVS, two armor boxes and munitions boxes, a gas mask, a grenade launcher, and tons of Cash at a minimum. Supply Choppers leave after a certain period of time, so if you want to take one out start firing right away. Remember, that after taking down a Supply Chopper, you have to collect the loot. Watch out for enemy teams who might try to take you out during the collection or steal your hard-earned rewards.

Contraband is a new, rare contract with a permanent Blueprint Reward. Contraband contracts have a chance to spawn after a previous contract is completed. If you see the Contraband briefcase, hurry up and collect it. Once you have it, take it to the designated Helicopter Extraction location to call in the helicopter. The player carrying the briefcase must deposit it into the helicopter drop-bag to complete the mission. If you kill a player carrying this briefcase you can steal it complete the contract for your team. Be on the lookout for them on your Tac Map!

Warzone Rumble is a brand-new mode in Warzone. Two teams of 50 players parachute and battle it out in various areas around Verdansk. This mode is high action with custom loadouts, vehicles, and quick respawns.

The Season 4 download is going to be large. In order to reduce the overall disc space that MW and WZ take up, we’re compressing a bunch of assets. Once installed, the S4 launch will only take up an additional 4GB on consoles for all of the new content.

We’re continuing to sweep all assets to make size reductions where we can, and also further optimize future patches for size. If helpful, one reminder for console players, you can uninstall the content packs for modes that you’re not playing if you want to free up space.

You can learn how to do so HERE.