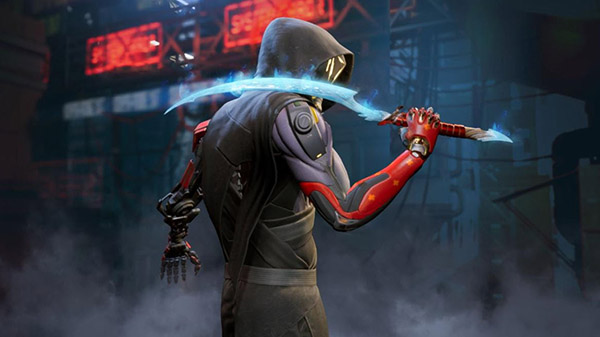 505 Games and All In! Games announced today that Ghostrunner will be getting a free Hardcore Mode update and a paid cosmetic Winter Pack downloadable content.

Players who are playing the PC version of Ghostrunner will get the Hardcore Mode update starting today while other platforms like the PlayStation 4 and Xbox One will get it on December 17, followed by the Switch version in January 14, 2021.

Additionally, Ghostrunner will also be getting a Winter Pack DLC that retails for $1.99. It will include a Cold Snap Katana and matching crimson Cold Blood Glove.

Ghostrunner is a hardcore FPP slasher packed with lightning-fast action, set in a grim, cyberpunk megastructure. Climb Dharma Tower, humanity’s last shelter, after a world-ending cataclysm. Make your way up from the bottom to the top, confront the tyrannical Keymaster, and take your revenge.

The streets of this tower city are full of violence. Mara the Keymaster rules with an iron fist and little regard for human life.

As resources diminish, the strong prey on the weak and chaos threatens to consume what little order remains. The decisive last stand is coming. A final attempt to set things right before mankind goes over the edge of extinction.

As the most advanced blade fighter ever created, you’re always outnumbered but never outclassed. Slice your enemies with a monomolecular katana, dodge bullets with your superhuman reflexes, and employ a variety of specialized techniques to prevail.

Check out the trailer for the Winter Pack DLC for Ghostrunner:

Ghostrunner is available now for PlayStation 4, Xbox One, Switch, and PC via Steam, GOG, and the Epic Games Store. For the PS5 and Xbox Series versions, they will be released sometime in 2021.