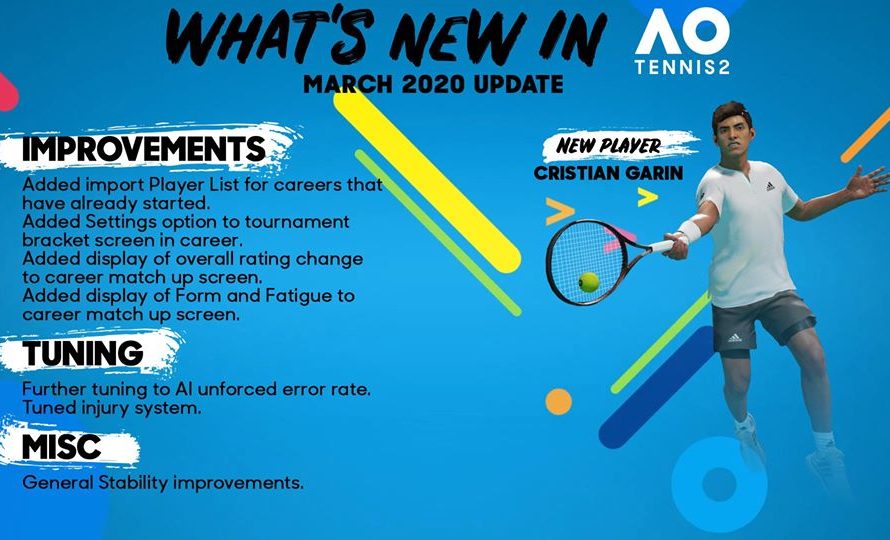 Big Ant Studios has now released the latest patch that you can download for AO Tennis 2 on most platforms.

The aforementioned AO Tennis 2 patch is available now for the PC, PS4 and Xbox One versions of the game. The same patch will be released at a later date if you own the Nintendo Switch version of the game.

The biggest addition to today’s patch is adding Cristian Garin to the roster. This makes the official playing roster even bigger than at launch.

For the full patch notes, read all of the details posted down below.

As always, give Big Ant Studios more feedback about the game so future patches can further improve your gaming experience.