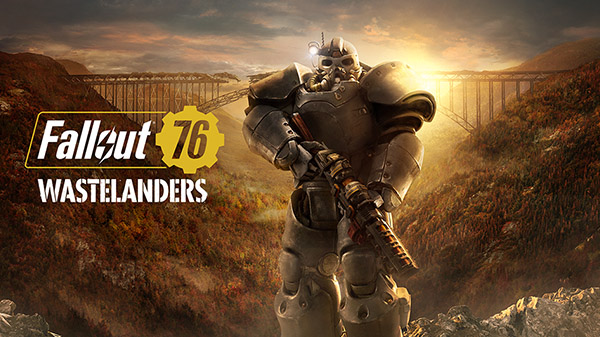 Steam version releasing alongside the expansion on April 7

Bethesda Softworks is pleased to reveal today that the much-awaited Fallout 76 Wastelanders update will be released on April 7, along with the Steam version finally coming on the same day.

With the Wastelanders update, players will be able to do quests from NPCs that are fully voice-overed. Since Fallout 76’s launch, the game was criticized for how the game is bland with no NPCs to talk to and receive quests from. With this new addition, players of Fallout 76 should feel that they will be playing a real Fallout game this time around.

In addition, Bethesda will also offer two Faction-themed content bundles, as well as a combination bundle, which will give players access to exclusive cosmetic and C.A.M.P items.

With the Steam version launching the same day on April 7, players will not be able to transfer the Atoms or Fallout 1st membership if they wish to move from the Bethesda.net launcher to Steam. However, items purchased through the shop will be shared across both versions.

Find below an overview of the major changes introduced in the upcoming update:

– New Main Quest and Revamped Original Main Quest – Uncover the secrets of West Virginia by playing through an all-new main quest as well as a revamped original main quest line–with friends or solo–starting from the moment you leave Vault 76. New and veteran players alike will take on new missions, explore new locations and fight with (or against) the new faces that have made their long-awaited return to West Virginia.
– Human NPCs – Befriend or betray new neighbors who have come to rebuild, and experience Appalachia through the eyes of its residents.
– New Creatures and Gear – Take down newly mutated creatures finding their way to the region and earn the highest tier of weapons and armor.
– Choices and Reputation – Alter the fates of those you meet with classic dialogue trees. Decisions affect your standing with each faction through an all-new reputation system.

Check out the Fallout 76 Wastelanders update:

Fallout 76 is available now for PlayStation 4, Xbox One, and PC. Please note that the upcoming update is free for those who have purchased the game.

Check back with us on the release day for our review coverage of Fallout 76 Wastelanders update.