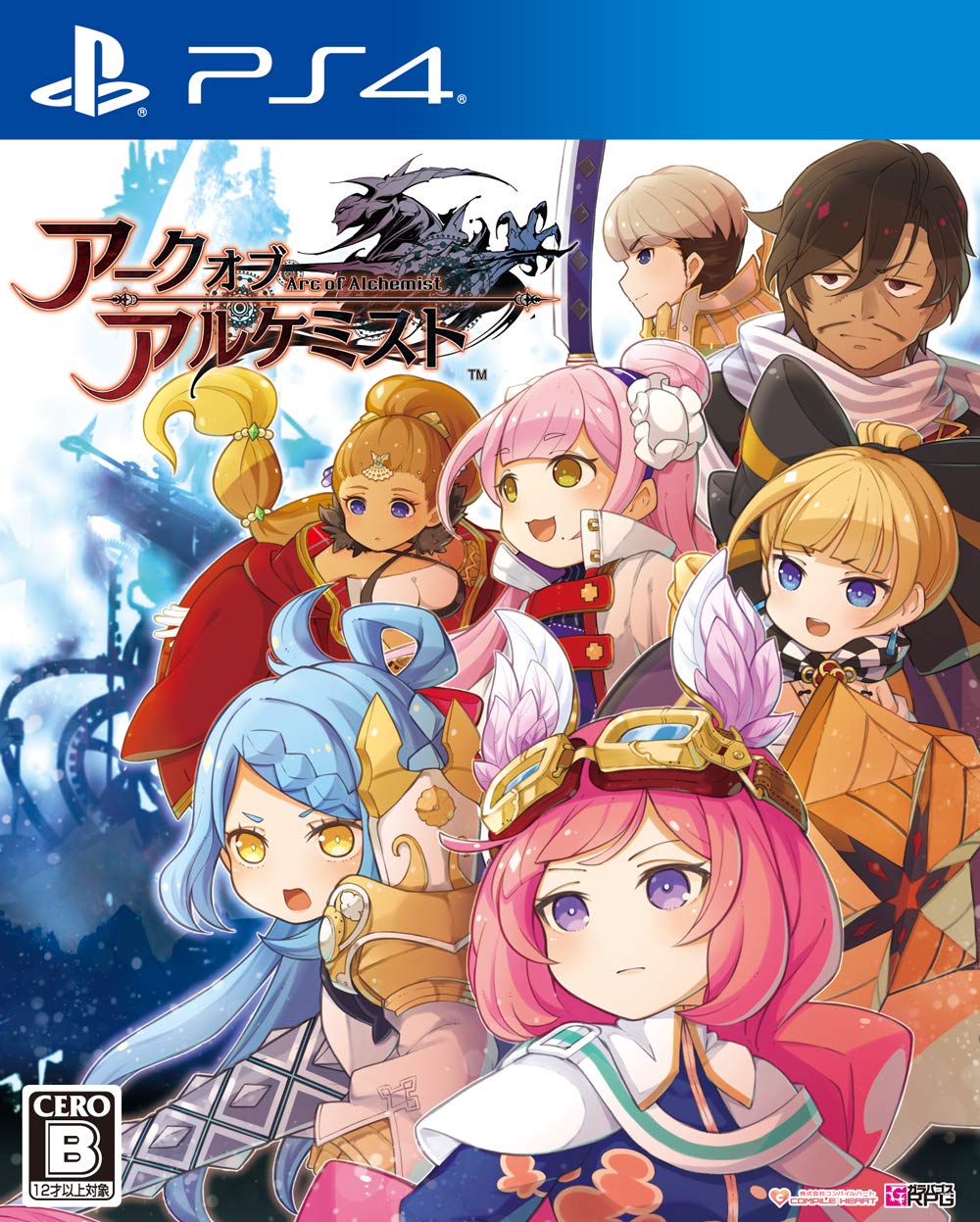 This past couple of months we’ve seen a good number of games get delayed. Many popular, some not so much, but among the many titles was Arc of Alchemist. For many a six or so month delay would be cause for alarm, but developers are seemingly putting more effort towards releasing a quality product up front, giving players faith in Arc of Alchemist. Now that it is finally out, is it the cute action RPG fans have been waiting for or is it still undercooked?

Arc of Alchemist is about Quinn being tasked with finding the Great Power and bringing prosperity back to the land. Where a lot of stories fall behind, Arc of Alchemist accepts that this is a future following heights in technological greatness. This leads us down a fairly predictable story that relies on a single twist to really stand out. Whether that is enough will depend on the player, though don’t expect much.

Keeping true to what Compile Heart does best, character interactions and emotional speeches attempt to lift an otherwise flat experience. Whether it’s a rap battle, characters letting their best traits shine or simply watching foes turn friend. This all pays off in an oddly optimistic adventure in a world that is otherwise depressed. Despite these glimmers of a good game, Arc of Alchemist is significantly held back by terrible design and gameplay choices.

The core problem is actually pretty simple. There are a bunch of interesting ideas and cool mechanics, but practically everything has three steps too many. Take buying new gear so you can overcome a fearsome foe. Most games will ask that you defeat some enemies, get some cash or possibly some materials and you have your shiny new weapon. This holds true for Arc of Alchemist, just in the most convoluted way possible.

Instead of defeating foes or experiencing tough battles, your main source of income will be finding gold around the overworld. But, before you get too excited, said worthless collectible needs to be sold before you obtain any actual cash. Now, you can sell resources collected from enemies, except those resources have value elsewhere and are worth so little it isn’t worth it after playing for a couple of hours.

After obtaining your cash, you’re ready to power up, except you need to increase the level of the town to a point where there is gear to buy. This means you need specific resources, plus the cash you would’ve otherwise spent on gear, to make a building that, depending on placement, will determine how much or little of an impact it has on progress. Arc of Alchemist is not very forthcoming on to maximize building a town or the advantages and disadvantages of certain placement, meaning you need to figure it out. Let’s just assume you have the resources, some of which can be tricky to find because they’re tied to a location over the enemy, made an amazing town and finally have weapons to buy. Cool, now you can finally spend your remaining gold, be it from your first attempt or from multiple adventures out in the world, to buy a new weapon, armor, accessories or whatever. Rinse and repeat and this is how you obtain the bulk of your gear.

Thankfully, much like life, Arc of Alchemist puts a heavy emphasis on money. Every form of character progression, besides literal experience through combat, requires some form of monetary payment. You can pay for training to boost specific attributes, buy awesome traits to help you survive in the world, aforementioned equipment and buildings cost you money, along with buying space or camps for when you’re out in the world. If these are not enough things to take your precious money, important resources like items are not sold to you. Instead, you select a grouping of items and in the event you need something, you can opt to buy it on the spot. I can’t criticize the last point too much, as it ultimately will cost you something to purchase these resources anyway, so in a vague sense it streamlines the process but all these side elements take away from an oddly simple experience.

Give the previous four paragraphs highlight the needlessly complicated progression system, you’d think the same attention was put into combat. Unfortunately, that is not the case. Every character, besides Quinn, has a weapon specific to them, which has two attacks. Different weapons potentially change your attacks, plus you have a special move and later a couple of elemental attacks largely used to progress to new areas, yet the average fight still boils down to you pushing one attack or the other and occasionally dodging. Since you can’t cancel out of actions, enemies have crazy lock-on and the timing can sometimes be tricky, how much emphasis you put on dodging will vary. Sure, you’ll need it if you want to survive a Gatling Gun attack, otherwise, you might just be better off tanking. For all the negatives, you don’t lose progression or seemingly anything for losing, so there is no real punishment for dying besides starting back at camp.

For better or worse, it really doesn’t take long to see all Arc of Alchemist has to offer. Between five fairly small maps, 60 or so enemies with plenty of reskins and a small handful of weapons, there really isn’t much to see in the roughly 10-hour adventure. Maybe you’ll find value in changing characters, as there is a good variety, or possibly by building the best possible town but after a certain point, you’re doing things for the sake of doing them.

What makes Arc of Alchemist hard to review is actually pretty simple. It has a lot of flaws, even beyond what I already explained, sometimes the frame rate drops so low it’s closer to a slide show, characters have limited to not movement besides their mouth during cutscenes and frequent difficulty spikes, yet it isn’t the least enjoyable game I’ve played. The mindless combat is very reminiscent of Dynasty Warriors and is fun enough where you can get a good seven or so hours out of mindlessly running around killing things. Still, fun or not, there are a lot of flaws and there are plenty of better options for those looking for mindless violence.

[Editor’s Note: Arc of Alchemist was reviewed on PS4 platform. The game was provided to us by the publisher for review purposes.]

Previous article PlayStation Plus Games for February 2020 Revealed; Includes a Third Game
Next article The Outer Worlds coming to Switch on March 6