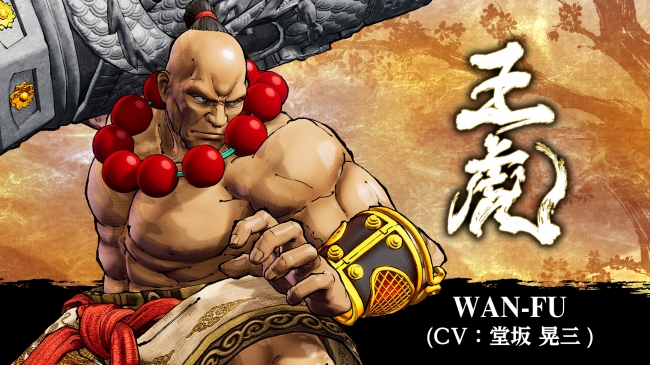 Athlon Games and developer SNK announced today that Samurai Shodown will be getting the Wan-Fu DLC character on December 18 across all available platforms.

Gamers can purchase Wan-Fu for $5.99, or it can be downloaded free of charge for those who have purchased the Season Pass for $19.99.

Here’s an overview of the game, via SNK:

After nearly ten years out of the spotlight, Samurai Shodown is back with a vengeance! Developed by the team behind the critically acclaimed King of Fighter XIV, thirteen beloved fighters return, along with three new, to do battle on this legendary stage!

– LEGACY: The same tense, high-damage single strike battles that the series is known for!
– EVOLUTION: New, cinematic art style and updated fight mechanics bring each battle to life in a variety of online and offline modes.
– REVOLUTION: Take on the top players in the world through a revolutionary AI system that learns player patterns and creates “Ghost” clones for you to take on in head-to-head battles.

Samurai Shodown is available now for PlayStation 4, Xbox Onee, and Stadia. A Switch version will be coming in Japan and North America sometime in Q1 2020.