I can do that is something we all think at some point before learning it isn’t as easy as it looks. In a lot of ways, I think this sums up Laser League, both in terms of development and playability. Not only is the title deceptively simple, it hopes to create an engaging experience that will keep players interested long term. While this is certainly possible, is Laser League the next big multiplayer experience or will it be remembered as that game that looks like Tron?

Laser League is set up like a sports event. Teams have names, locations and other details associated with them, with some taunting and build up between matches and rounds. It is enough to make it feel like an actual sporting event to be fun but not deep enough to be more of an amusing detail that will likely get old over time. Needless to say, the experience ultimately comes down to the matches themselves. 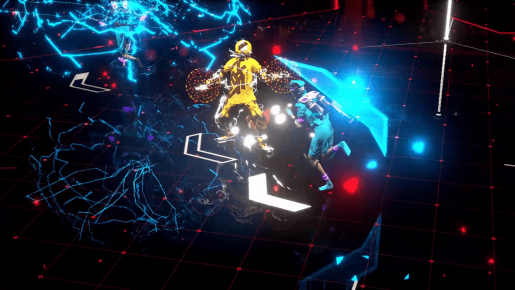 As the in-game tutorial alludes to, there really isn’t much to Laser League on a basic level. The goal is to run through posts to activate them and then avoid being hit by the other team’s color. It’s so simple that the only inputs besides movement are emotes and special abilities. However, there is a lot more to Laser League than meets the eye.

Stages have different laser arrangements, which means there will be different things to look out for and anticipate. From there, controlling the lasers is important, as is being aware of different modifiers. Some will help, such as steal, where as others will hurt, like when you have most of the lasers and someone activates swap and now your team is at the disadvantage. It makes the flow varied enough to be interesting and as much an advantage as a disadvantage. For instance, activating a swap while you control most of the points will work in the other team’s favor.

Once players master the basics, understanding class abilities is extremely important, as is diversity. Even if three stuns are effective, it won’t help you if a well timed stun could win the match or ghosting through their defenses for revives could save the round. Likewise, using them incorrectly can be just as bad.  I personally enjoy having the ability to just defeat other players but there have been times when I was baited and even if I got the kill, it resulted in me hitting another teams wall.

Mastering these mechanics is essentially the fun part of Laser League. A lucky move, such as getting a post just before someone else resulting in their defeat, can be exhilarating, just like the opposite can be quite frustrating. Wherever this falls depends on the person, with the Laser League’s value depending on whether or not you want to learn all the finer points. 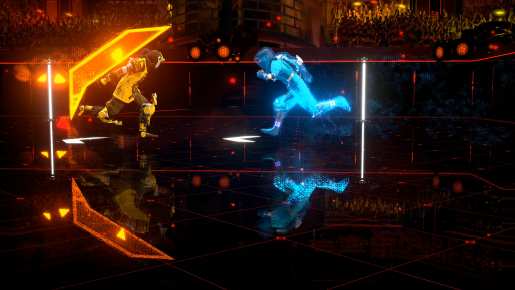 While there is undoubtedly plenty of skill and luck that goes into being good, that journey is only so long. Once players master situational awareness and know what they’re up against, it comes down to outplaying opponents or simply getting lucky. Naturally this won’t appeal to everyone, so keep this in mind. For those not looking for the more competitive experience, there is also an offline mode.

Offline works the same as online, with a couple changes. The first is you can’t progress offline, which means unlockable items, trophies/achievements and disabled. To make up for that, players can play with multiple people offline, control the match conditions and even play with bots if they choose. This makes it an adequate party game or way to build up your skill. The bots are also quite skilled, at least compared to current players, making them a fantastic way to build up skill or simply learn better tactics. 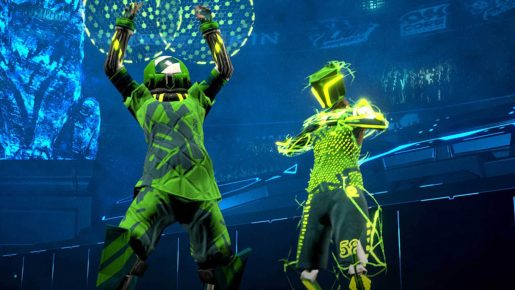 For those who decide to stick with Laser League long term, there are plenty of things to unlock. As you go up in rank, complete class challenges and improve your overall game, there are a variety of different outfits, laser designs, character portraits and more to unlock. This means players will eventually hit a point where they can make a more personal character, while also making it exciting to see all the different designs.

In the end, Laser League’s value really depends on how popular it ends up being. On release it didn’t seem like an overwhelming number of people purchased or at least matchmaking is not as fast as it could be, making it a potential concern. From there, depending on how many adopt it, this could be a fighting game situation where there is a massive difference in skill between players. Despite the potential negatives, Laser League is certainly fun if you’re into the metagame or just like the idea of outplaying others. While it’s too soon to say where Laser League will fall, it’s probably better to get in on the ground floor than spending the next couple of weeks playing catch up.

[Editor’s Note: Laser League was reviewed on PS4 platform. The game was provided to us by the publisher for review purposes.]