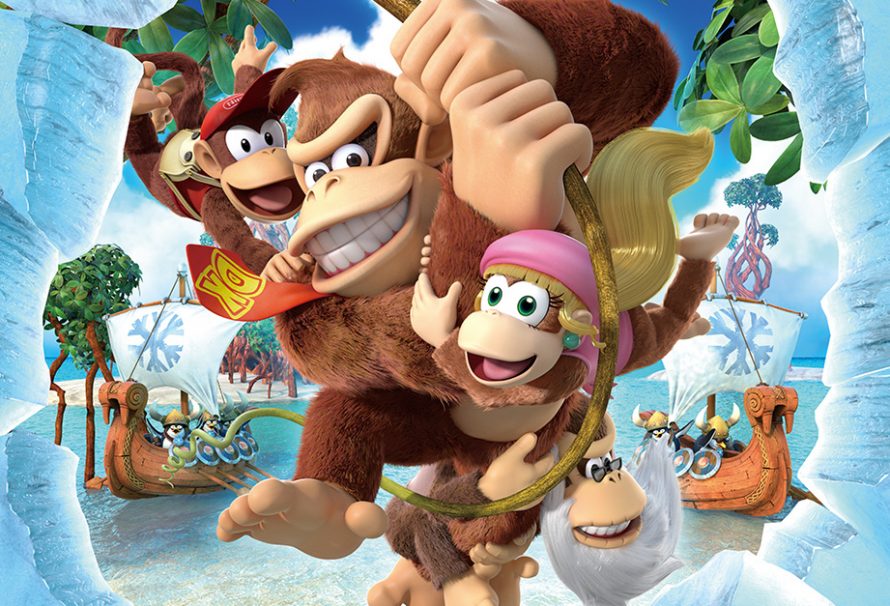 Growing up in the 90s, Donkey Kong Country from Rareware was revolutionary for its time with pre-rendered 3D graphics on the Super Nintendo. In comparison to other platformers like Super Mario World, it was absolutely incredible, especially to a six year old like myself. After three very successful entries in the 16-bit era, as well as some Game Boy entries, the series moved to the Nintendo 64 with Donkey Kong 64, though it was very different from the past games.

When first starting up the game, we get a beautiful looking cutscene of Donkey Kong’s birthday party that is rudely interrupted by the game’s enemies known as the Snomads. Almost instantly, the tropical paradise that the Kongs call home is turned into an island full of snow and ice. As a result, you must now venture across five other islands to reach Donkey Kong Island once again and reclaim your home from the Viking invaders. This intro does a fantastic job at setting up the events of the game while also showing off the HD capabilities of the Wii U that its predecessor lacked.

At the beginning, the first three levels are used as an introduction to the game. The first stage has you using Donkey Kong exclusively for the first third or so of the level before introducing you first character barrel that holds Diddy Kong. This allows you to get acquainted with Donkey Kong’s mechanics first, as you will have many points of the game where he is alone after losing your partners, while also having plenty of time to get used to Diddy’s jetpack ability. The second and third stages introduce Dixie Kong and Cranky Kong, while also getting the chance to learn how to use their propeller hair and pogo stick respectively. After this point, most barrels in the game will rotate between the three so that you have choice, so this intro allows you to figure out which Kong melds best with your playstyle. 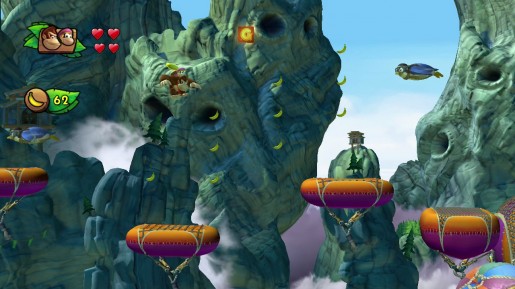 After having Diddy Kong exclusively as your companion in Donkey Kong Country Returns, the addition of Dixie Kong and Cranky Kong really do bring a lot more depth to your game experience. Dixie Kong almost instantly became my favorite to use thanks to her hover ability. This honestly does make the game a little easier, which is kind of needed as hard as this game can get, especially in some of the bonus stages. Cranky Kong is quite unique to the Donkey Kong Country series with his pogo stick abilities that are very similar to Scrooge McDuck in the DuckTales game for NES. While you may lean towards one particular Kong, there are segments of the game where one is either more suited, or outright required to access certain collectibles. Disappointingly, you cannot switch between control of Donkey Kong and your partner, like in the classic three games, but you can use the barrel characters exclusively in co-op or in the unlockable Hard Mode. 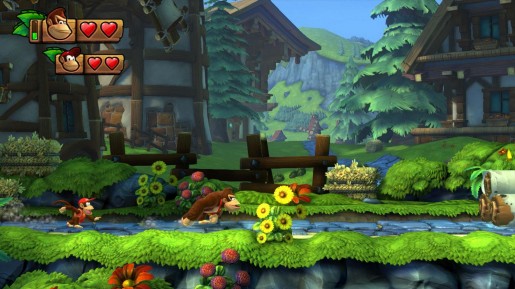 The Donkey Kong Country franchise has always prided itself on superb level design and Donkey Kong Country: Tropical Freeze does nothing but solidify that thought, perhaps even surpassing past iterations. As with the other games, the different islands each follow a specific theme, such as the aquatic-themed Sea Breeze Cove and fruit-themed Juicy Jungle. Juicy Jungle in fact was one of my favorite worlds in the game, thanks to some really innovative level design revolved around fruits and jellies. Who of course can forget the always fun minecart stages and Rambi stages, which make triumphant returns throughout this game. While there are actually less worlds than in the past, each level is even longer to guarantee you a lot of playtime with this game. Not to mention that the boss fights in each world are much more involved and a lot longer as a result. 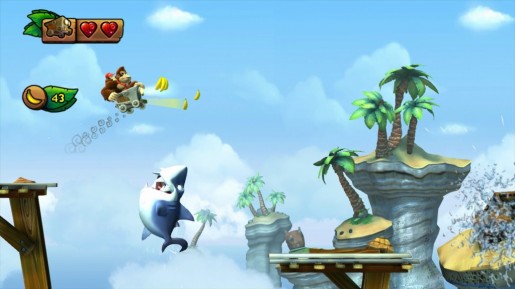 In addition to the great level design is magnificent gameplay, which is nothing new in this series of games. Controlling Donkey Kong is perfect in this game as you feel like you have complete control with every single movement. The experience was very fluid throughout, as I did not have any slowdown whatsoever, which is vital in some of the fast-paced stages. One of the standouts in control comes with the new swimming mechanics. Swimming through the water is a lot smoother than in the past, with new abilities able to be used, such as Donkey Kong’s corkscrew and Dixie Kong’s propeller hair. These help you to navigate the many obstacles throughout the water, while also getting a difficulty boost due to needing air bubbles to breath, ala Sonic the Hedgehog.