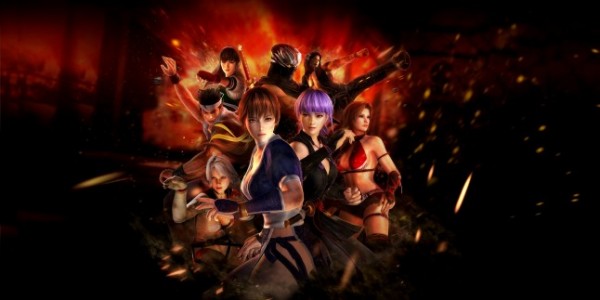 Following in the footsteps of Ninja Gaiden Sigma Plus and Ninja Gaiden Sigma 2 Plus, Team Ninja decided to also release Dead or Alive 5 for the PlayStation Vita. With a few Vita specific features and cross play support, it sounds like a must have for Vita owners. While this sounds good on paper, can Dead or Alive 5 Plus match the console version or is it a sloppy port to make a quick buck?

Lets look at what’s HOT and what’s NOT in our review of Dead or Alive 5 Plus.

No Fightstick “Required”
While the Vita has been no stranger to fighting games thus far, most of them have quick inputs and complex moves, which are harder to accomplish with a small thumbstick or D pad. However, most of the commands in Dead or Alive are performed by inputting punches or kicks in a certain order. Down the road you’ll see some more complex moves implement directional commands, but most of these are limited to one of the nine possible directional paths. In the event you’re still having problems performing these moves, Dead or Alive 5 features an expansive training area.

No Excuse for Playing Poorly
Fighting games can be one of the most difficult genres to get into, since they’re all about having skill. Since they first came to be 20+ years ago, several companies have made various efforts to teach newcomers how to play. While every company goes about it differently, I would say Dead or Alive 5 Plus is among the best I’ve seen. This is because the game offers you four distinctly different types of training.

The first type is your standard training mode, where you can endlessly attack your opponent. The next one is command training, which basically goes down the move list asking you to perform every possible action. In addition to asking you to perform said action, the game will also show you what the move looks like if performed correctly. After this is an actual tutorial mode and here you’ll learn everything from basic moves to how some of the mechanics work. Every tutorial starts with a brief explanation of what you’re doing and why it’s important to learn. With well over 100 lessons to complete, you should be able to learn whatever skill you need help with. Finally we have combo challenge mode, which is similar to trial mode found in Blazblue or Street Fighter. The basic goal here is to perform a series of moves in one long combo. These can be quite handy if you’re new to a character or simply want to play more efficiently.

More Cinematic Experience
One of the major selling ports for Dead or Alive has always been the dynamic levels. It was always a blast to kick your friend into a generator and see them get shocked or move to a new location to continue the fight. All of this appears in Dead or Alive 5 Plus, but with greater focus than we’ve seen in previous titles.

To give you an idea, one level takes place on top of a building and the building will start to fall apart if you start to knock people against the walls. Over time you’ll see various things going on in the background, maybe something will fall on you doing minor damage, plus many other little details. Practically every stage features some sort of cinematic element, which can be a neat bonus to go along with your attack. You might also be surprised to learn they all look pretty good on the Vita and I noticed minimal to no lag during combat. All in all, I was pretty impressed on how well this all transferred over to the Vita.