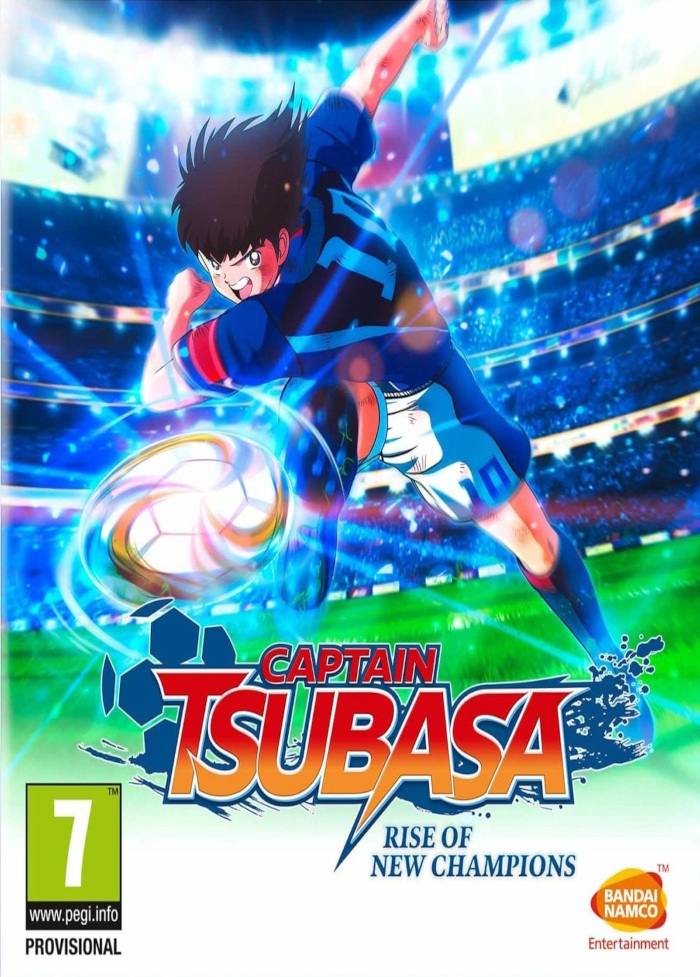 Football/soccer games are usually dominated by two brands. First we have EA Sports’ FIFA series and the other is Konami’s PES. Both franchises all have their own pack of fans, and many of them are loyal enough to buy the games each and every year.

However, the thing that may not please everyone about the two aforementioned games is the fact that both are simulations. You rarely see soccer/football games released these days that have arcade elements to them. EA used to have the FIFA Street series a while ago, but that franchise died several years ago.

If you want to play an arcade-style soccer/football game, these fans will be happy to know a new game has appeared. This is in the form of Bandai Namco’s Captain Tsubasa: Rise of New Champions. The game is available now for you to purchase on PC, PS4, and Nintendo Switch. Sadly, it doesn’t appear as if the game is ever coming to the Xbox One.

I have been playing FIFA and PES games for a long time now, although a part of me is getting bored with both series. Both of them have been very stagnant only adding small new features year in and year out. A small part of me missed the good old days where you could play arcade-style sports games like FIFA Street or even the NBA Jam series.

Captain Tsubasa: Rise of New Champions is a new entry to the franchise offering soccer/football gameplay that you rarely see in FIFA and PES these days. While I expected this game based on manga to be fun, it sadly doesn’t offer the type of fun gameplay I had hoped for.

The thing that separates Captain Tsubasa: Rise of New Champions is both its gameplay and presentation. This is probably the first-ever anime/manga-inspired sports game I have ever played and its visuals look really decent.

The graphics are very nice and colorful, plus it also features fully rendered stadiums with crowd members too. You also have the option to choose what time of day you want to play that further enhances the look of the game.

The character models are also nice to look at when you watch the cutscenes in the two-story modes that are available in the game. However, the best part of the visuals is the over-the-top special moves that you can do in this game.

Unlike FIFA and PES, many players in the game have special moves that allow them to shoot the ball in amazing ways. Every special move looks different, and it’s pretty cool to choose other teams and players to see what is out there.

Another cool thing about the gameplay in Captain Tsubasa: Rise of New Champions is the fact that the game has no fouls whatsoever. By pressing the R1 button on PS4, you can pretty much bulldoze and tackle other players without facing any of the consequences like in real-life soccer/football. I found it to be very fun tackling my opponents all of the time as it made the game feel very humorous to me.

Even though the arcade-style of gameplay is supposed to be fun, I sadly had some trouble getting used to its very fast pace. Tackling your opponents can be very fun, but it can also be very annoying when your opponent does the same thing to you!

There were many moments in the game where I was going to shoot the ball, but I was too slow and my opponent would steal the ball instead. It usually takes you more than two seconds to execute a special move, but during this time the opposing team can come from behind and ruin your chance every single time!

If you’re a fan of real-life soccer/football, I feel you are not going to like this game at all. This is because you cannot really score without doing any special moves. If you shoot the ball normally, the goalkeeper will save the ball pretty much 100% of the time.

I’d go one further than that and say that goalkeepers are too good in this game. Even when I used my special moves, the goalie would save pretty much everything I dished out to him. It’s not just the AI’s goalkeeper that is overpowered, because my own goalie saved a lot of shots too.

If I was in charge of this game, I would have made the goalies a little more realistic. In this game, they save way too many shots that it feels ridiculous and unfair to the strikers that midfielders.

In terms of game modes, there’s a lot that Captain Tsubasa: Rise of New Champions has to offer. First, there’s ‘The Journey’ that actually has two separate story modes. There’s an easier story mode focusing on Tsubasa Oozora and then there’s a harder mode that stars a main character that you create on your own.

Unlike the FIFA games though, you don’t only control the one character. You have to pretty much take control of the entire team if you want to win games and progress through the story. The created creator mode also has different choices that you can make that change the outcome and direction of the story.

By playing through the story modes, you get to unlock a lot of content in the ‘Collection. Here you can pretty much earn videos, character biographies, and more from the franchise.

There’s also the standard ‘Versus’ mode where you can play against your mates offline, or play as any team against the AI. If you are good enough, you can also play Online Versus mode to face people from all around the world.

The game also thankfully has a Practice mode where you can learn how to play the game effectively. I’d advise all beginners to practice because this game isn’t as easy as it looks. It’s arguably harder to play this game than both FIFA and PES in my opinion!

As a whole, Captain Tsubasa: Rise of New Champions is a somewhat enjoyable soccer/football game if you’re looking for an alternative aside from FIFA and PES. While the gameplay isn’t perfect, I can see fans of the manga liking this game more than anyone else though.

[Editor’s Note: Captain Tsubasa: Rise of New Champions was reviewed on the PS4 Pro platform. The game was provided to us by the publisher for review purposes.]