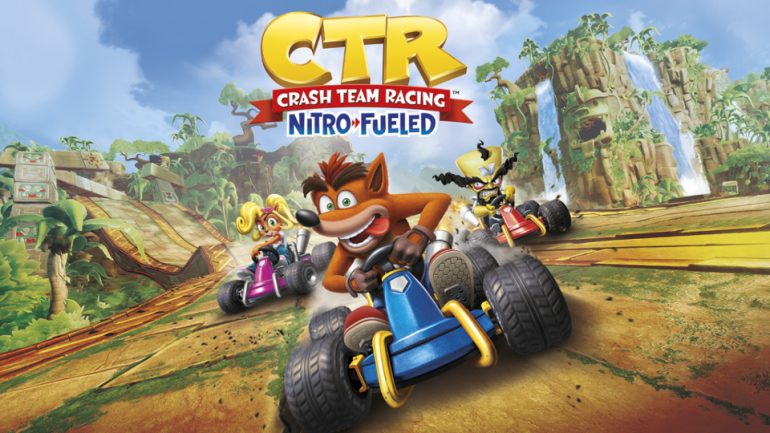 Crash Team Racing or CTR for short was a classic kart racing game released exclusively for the PSOne console back in 1999. Twenty years later, a remake is released in the form of Crash Team Racing Nitro-Fueled.

CTR was my childhood because I never owned a Nintendo console back then so my platform hero was always Crash Bandicoot. After three excellent games, Naughty Dog copied Mario Kart and released CTR as its final PSOne game.

Now that Naughty Dog is making more mature games like Uncharted and The Last of Us, developer Beenox was tasked to make the remake called Crash Team Racing Nitro-Fueled. Boy, was the remake a blast to play when it came out last year.

What I liked most about the remake is that it’s a near faithful recreation of the original game. Pretty much all of the original tracks and characters came back, but now they’ve all been recreated in glorious HD.

Sure the game runs at only 30fps, but the racing is still fun. Even though you can race your friends at home, you can also go up against many players online for more chaotic racing.

Another thing I liked about the game is that it included all the tracks from the other kart racing games too. I never played the PS2 CTR games so racing on the added tracks was a new experience for me.

New things added to the game also included the chance for you customize the karts for all of the racers. This was fun as you can add different colors, stickers and more for your ride to stand out.

Arguably the best part about Crash Team Racing Nitro-Fueled is all of the free DLC that is available for everyone. New content included brand new tracks as well as guest characters such as Spyro and more!

Even if you did not play the original CTR, Crash Team Racing Nitro-Fueled is a blast to play and was easily the most fun racing game of 2019!