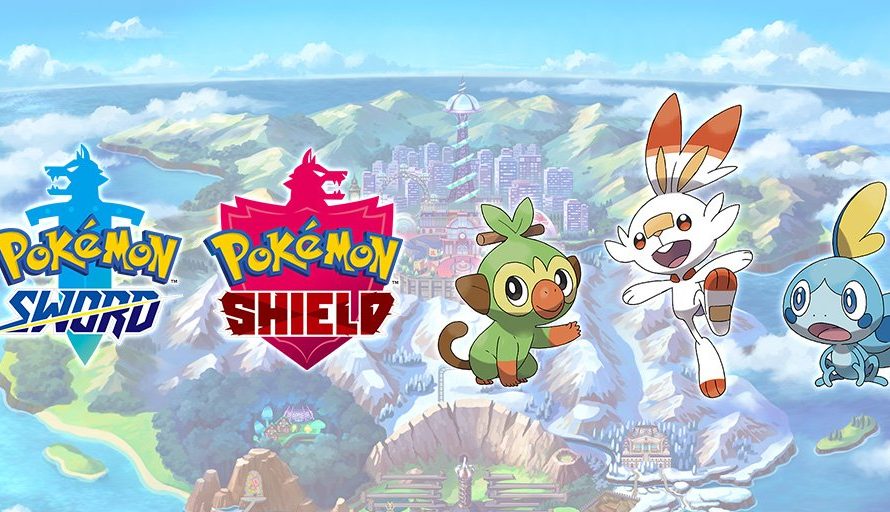 Nintendo and Gamefreak are pleased to reveal today that the next Pokemon game coming to Switch later this 2019 are called Pokemon Sword and Pokemon Shield.

Pokemon Sword and Pokemon Shield takes place in a brand new region called Galar. It’s unknown where the Galar region is in the Pokemon universe, but what fans can look forward to are different environments. From the trailer they have shown, Galar Region seems to have several industrial cities, and colorful caves. Fans will have the opportunity to visit various Gyms in the Galar region in their quest to become Champion. They will not be alone, since the newly discovered Pokémon they choose to be their first partner will be by their side.

Judging from the trailer that they have released, Pokemon Sword and Shield retains the battle system but it’s unclear whether or not they will still use the Pokemon Go’s catching mechanic. In addition, the gameplay shown looks way different from the Pokemon games fans previously played like the recently released Pokemon Let’s Go, Eevee and Let’s Go, Pikachu.

With a new Pokemon game comes with new generation of Pokemon. Currently, only the starter Pokemon were introduced: Grookey, a grass-type Chimp Pokemon, is a mischievous and full of boundless curiosity. Scorbunny, a fire-type Rabbit Pokemon, is always running about. And Sobble, a water-type Lizard Pokemon, shoots out attacks as it hides itself in water.

“Pokémon Sword and Pokémon Shield are the latest exciting adventures in the Pokémon video game journey that began twenty-three years ago on this day,” said Mr. Ishihara. “Since then, Trainers around the world have discovered new Pokémon, engaged in epic battles, and made countless memories along the way. We look forward to continuing this journey by exploring a stunning new region in the Pokémon universe when the games launch later this year on Nintendo Switch.”

Pokemon Sword and Shield is slated to be released worldwide exclusively for the Nintendo Switch this 2019. There’s no definite release date yet but it’s expected to release around November, which is the same month every Pokemon games have released before.

For more information about the game, check out the official website.

Enter the Gungeon - How to Unlock Paradox and Gunslinger