For better or worse, DLC is the perfect opportunity to leave a better lasting impression. Darksiders III might not have had the best launch but there were a lot of improvements made since then. It’s a lot easier to dodge correctly, difficulty is a little more balanced and plenty of quality of life improvements. It still isn’t perfect, nor does Crucible attempt to solve all the problems, it more so focuses on what made Darksiders popular in the first place.

The Crucible starts with a cute interaction with Vulgrim attempting to send you off in hopes of getting a small cut. Once there Targon will explain the basic rules and start your journey. As you progress there are some jokes about how it’s the only Crucible, an obvious nod to Darksider II’s Crucible, with it coming together in the end. However, the biggest nod is the return of Wicked K. 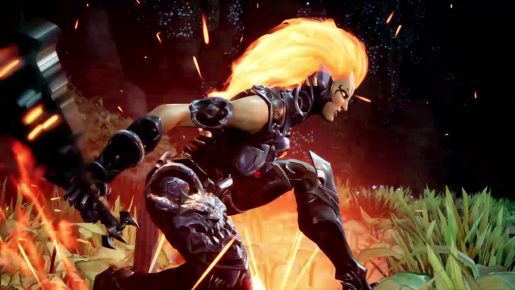 Similar to Darksiders II, Wicked K is the 101st boss and is as comical as ever. His moves seem to be toned down from previous titles, with a higher emphasis on jokes, he literally flies away on his hat that makes sounds similar to flying cars in The Jetsons, but it makes for an interesting journey. But, before we can talk about the destination, it’s important to look at the journey.

Waves are broken up into three basic groups. They’re either cheap, easy or a boss. Cheap stages are straightforward. Annoying enemies are given some kind of advantage that, often times, is enough to get you to take a hit or two. It isn’t enough to make it kill you, just make things more tense. These are evened out by easy waves designed to replenish resources. Getting additional havoc, obtaining health kits and things of the like make them invaluable to those looking to see it all. As for bosses, well, they’re rather interesting. 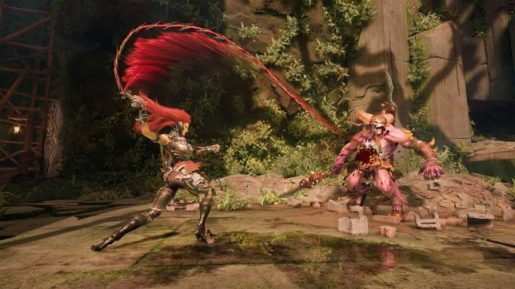 Of the five new bosses, none of them are particularly deep, though Wicked K is certainly unique, with the fight hinging on your ability to read their moves. Defense heavy players should find them relatively easy, where aggressive players might have some issues. Overall it isn’t too bad, outside of being fairly forgettable.

Sadly, similar things can be said about the Crucible in general. Since it’s a hoard mode, there isn’t much to it besides killing waves of enemies. If you enjoy doing that or just want to farm for trophies/achievements, it provides a few ways and even some ways to get some annoying resources. It also has a couple pieces of armor, which as cool as they are, don’t have a ton of value unless you recently started or just want everything.

For the most part, The Crucible does what is expected. You fight enemies, clear waves and at the end there is a special fight. It might not offer much in terms of variety or even for anyone looking for a new experience but it’s fun enough to offer players some value. So, if you wanted a reason to return to Darksiders III, The Crucible is as good as any.

[Editor’s Note: Darksiders III was reviewed on PS4 platform. The game was provided to us by the publisher for review purposes.]