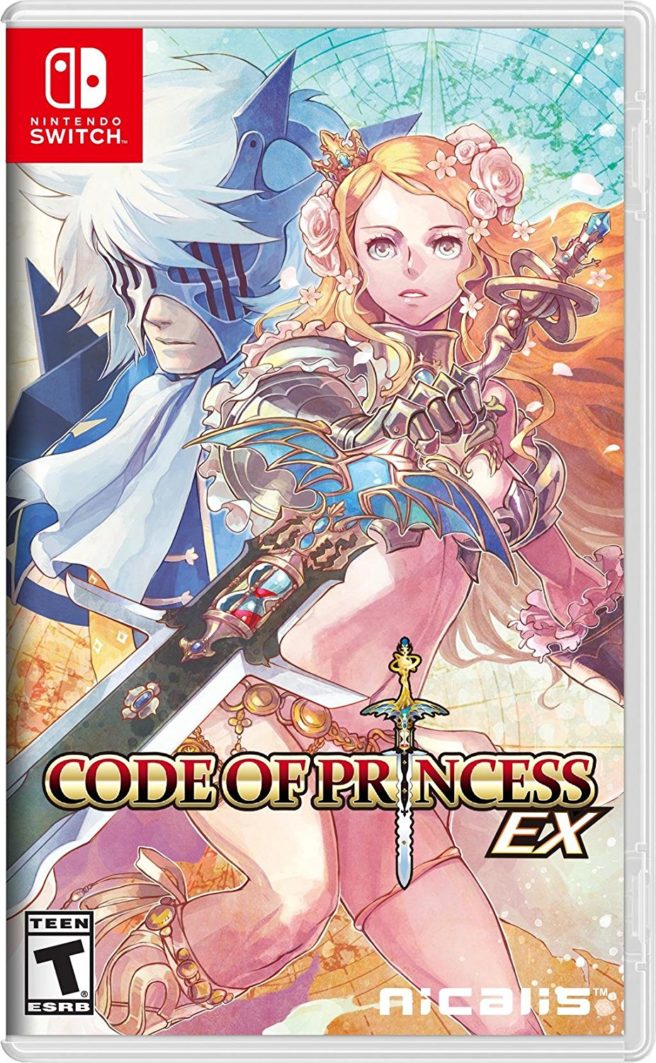 Quantity or quality is something you see fairly often. Part of what makes Funko Pop! figures so popular is they go for quantity, resulting in almost every character imaginable getting a collectible, over the main one or two getting one really nice one. It makes for an interesting dilemma, with both having their own advantages and disadvantages. While everyone has a different preference, Code of Princess EX goes for quantity. With a huge roster of characters, multiple levels, story, complete with anime cutscenes, online play and so much more, is there enough content to make a good game or do they need to work on the formula?

Code of Princess EX follows a fairly basic story. The evil queen attacks your kingdom looking for a magical sword so she can obtain the power needed to achieve her goals. Naturally, during her attack the princess grabs the sword and while the castle is destroyed, her and the sword, remain intact. With the king gone and her kingdom under the queens control, you need to use the sword to take back what is yours and bring an end to her plan. 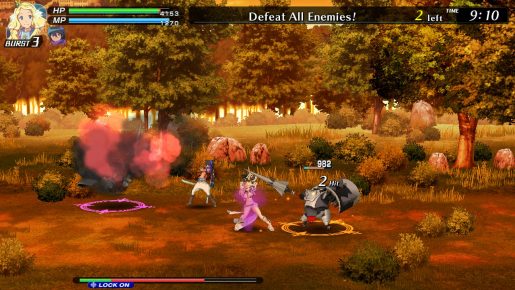 If the story sounds really generic, that’s because it’s, hopefully, a satirical take on anime tropes. With ninjas acting like the Ginyu Force, little girls with absurd magical power and countless other familiar things are present. While this makes for an amusing adventure, it really doesn’t have a lot of legs.

Satirizing these things is nothing new, series like Gintama and many others have been doing it for years, with the issue being there is nothing redeeming besides the jokes. After a while it’s beating the same bushes hoping for the same results, making it fall more in line with the things it’s mocking, than elevating beyond it. This isn’t to say you can’t enjoy the story, just expect a very generic and silly adventure that tries to make the most common anime/manga/game tropes. 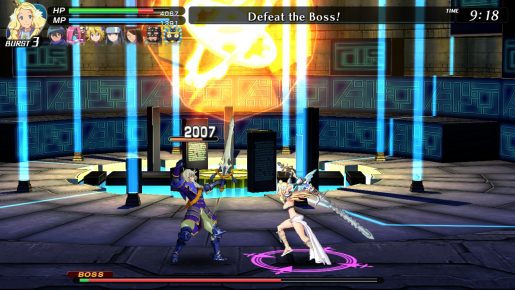 Unfortunately, similar things can be said about Code of Princess EX’s gameplay. The core gameplay mechanics are pretty simple. Since the game plays like Streets of Rage, the idea is to walk around, beat up foes and take as little damage as possible. What makes it so unenjoyable is how stiff the combat feels.

The main idea is to input specific moves and perform impressive combos. These can be done by performing a variety of moves, with each character having their own move set, with precise timing/order yielding better results. After players master the basics, it’s like playing a slower and less interesting beat ‘em up. In fact, it quite possibly might be the slowest and least interesting game I’ve played in this genre, something that really stands out given my love for said genre.

Where Code of Princess EX stands out isn’t the quality of story or gameplay, but rather, the amount of playable characters. In addition to the fair number of main characters, every enemy, from the pointless solider to boss tier monsters, can be played outside of campaign. These characters come with different color schemes, unique look and moves. This will give players countless things to do, assuming they enjoy the gameplay enough to explore all it has to offer.

Code of Princess EX is a simple game that basically relies on gimmicks and an overwhelming amount of characters to sell it. This is nothing new, Dynasty Warriors was founded on similar concepts, though it fails to find gameplay enjoyable enough to recommend. Between slow and clunky controls to a generic story that is basically making fun of similar generic stories, you’re left with an underwhelming game that just isn’t that fun to play. So, unless you really want to play a beat ‘em up on the Switch, play as countless characters or just enjoy the usual anime game tropes, this isn’t for you.