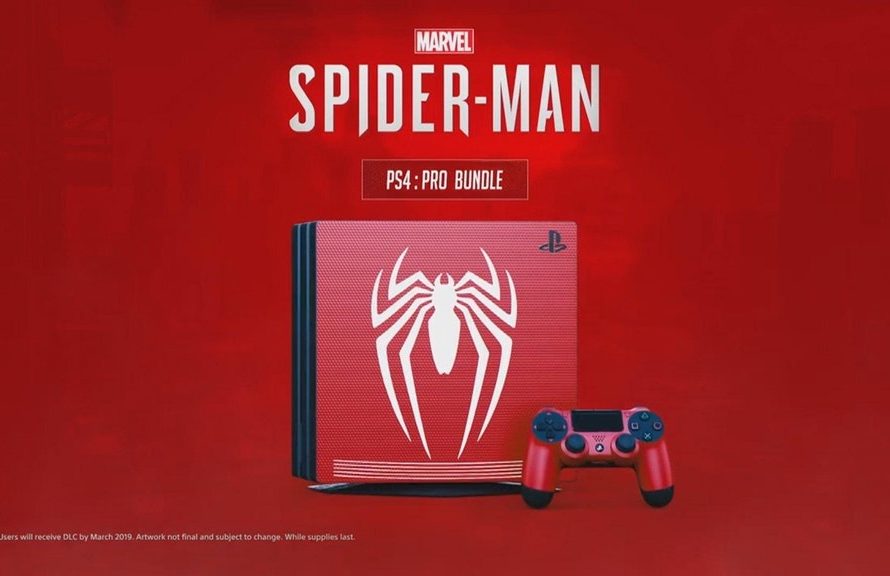 It appears an image of a special looking PS4 Pro console based on Marvel’s Spider-Man video game has been leaked online. This is sure to be exciting news for collectors out there that love to acquire special looking console hardware.

The biggest addition is the huge Spider-Man logo on the front. This is the new symbol from the game which has a huge white spider logo on his chest.

That said, this image has only been revealed online and could be fake. However E3 is next month so this image could be an early leak on what’s to come. Spider-Man is one of the PS4’s biggest exclusives of 2018 so there’s a chance the game would get a PS4 Pro makeover.

Anyway, the actual Spider-Man PS4 video game itself releases worldwide on September 7th, 2018. The game is a true PS4 exclusive meaning it will not be available on any other console or platform whatsoever in the future. Are you looking forward to the game?