Hitman is back and for the first time in the franchise Io-Interactive has made the bold decision to release the game in the form of an episodic digital AAA content. Currently, only the Prologue and Paris are playable but locations such as Italy, releasing in April, Morocco, scheduled for release in May, Thailand, the United States and Japan will all become available throughout 2016.

It’s very hard to judge the full game since most of it is not available yet. At the moment players are thrown into the storyline from the get go; with even the short tutorial levels having context with the rebooting of The Hitman storyline. While it isn’t obvious which way the storyline is heading the cut-scenes do offer enough hope that there is more to the story than something that loosely links the missions together and that they will be well designed, well thought out missions.

Despite the only available destination, other than the training levels, being Paris, Hitman provides a decent amount of replayability. It may be one level, one mission and only two targets but the sheer variety of ways to complete the level is incredible. Before the mission has even started Agent 47 must prepare; with gamers choosing our favorite assassin’s starting location, what weapons to have smuggled into the level and how to suit up: for reference the tuxedo looks almost as good on 47 as the classic black suit and red tie. Almost but not quite.

It’s easy to see from the details and fidelity of the Paris level what the developers are aiming for. From the grand size of the fashion show to the amount of tangible objects, which fit both the theme and location, everything adds together to create a truly believable living and breathing world for the assassinations to take place in. It’s an immersive world which Agent 47 must blend into.

There is plenty of variety in just this one building. Walking in the front door you see a grand mansion full of people. This grandeur is only extended as you make your way through the building; coming across the hustle and bustle of the catwalk, blend in by the bar and sneak through the backstage sections of the event. Each section has its own unique characters from bar staff to fashion gurus. Head downstairs and players will find the kitchens with chefs hard at work, where there is food to poison and kitchen knives to acquire. Head upstairs and security gets tighter as you get closer to determining what is truly going on behind the scenes in Paris.

Mechanics wise it’s nice to see the return of the security camera footage. For those completionists looking to pull off the perfect assassination, you will have to take in consideration the modern technology of CCTV. Not everywhere is covered by CCTV so players do have 2 options. Either determine a way to get to the targets without being seen by the cameras or somehow dispose of the footage. While many players will be happy to complete the levels and move on, others will certainly enjoy the added challenge that this presents. 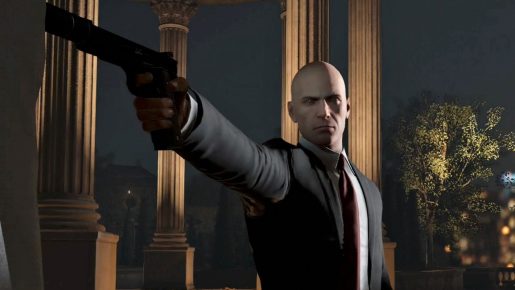 Hitman balances difficulty with enjoyment perfectly. The tutorial levels allow players new to the series to get to grips with the mechanics; with the Paris mission adding enough complexity to present a serious challenge to fans of the series. It is possible to simply complete the level but to pull off the perfect assassination fans will have to spend time watching, learning and planning their mission.

The key point to note is that the perfect assassination may, and can, be completely different for different players. Hitman accommodates for this. There are a colossal number ways to kill the two Paris targets. From Agent 47’s fibre wire and silver ballers to rat poison and environmental methods such as throwing them into the Seine River or dropping large speakers on top of the targets the level is designed to give the player choice: about how to get to the targets and then how to assassinate them.

One game mechanic which can be considered a necessary evil returns: Agent 47 can disappear into wardrobes. It is the most obvious mechanic to put players’ enjoyment of the gaming experience above realism. It is helpful when needing to hide from security guards hunting you down. Alas, it does jar the player out of the immersive world, where the otherwise competent guards can lose their trace on Agent 47 by him stepping through the only entrance of the room and slipping into a wardrobe or crate. 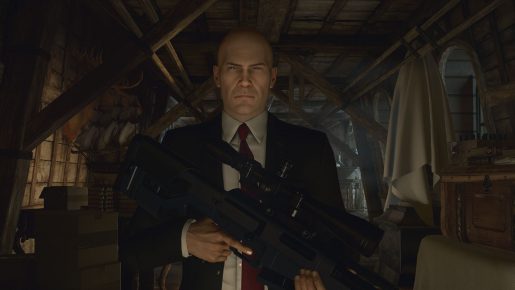 Taking cover in Hitman is intuitive with a snap to system used via a simple tap of a key. Unfortunately, moving out from cover is a slightly different store. While other games that utilize this cover system allow you to move away from cover to exit it in Hitman you must repress the cover button to “snap out” of cover. It isn’t close to being a game breaker but can affect the flow of the title until you get used to having to repress the cover button.

The game sets a great benchmark, offering a decent amount of content despite there being only one mission. Finding negatives is like nit picking but for the sake of covering all angles cover is a slight issue. Nevertheless, the detail and standard set by Paris mission should satisfy even die-hard Hitman fans and wet their appetite for the monthly content updates starting in April.

[Editor’s Note:Hitman was reviewed on PC platform. The game was provided to us by the publisher for review purposes.]