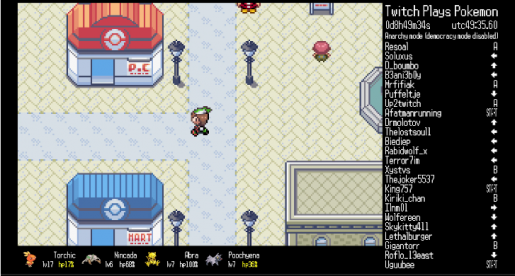 Less than a week ago, Twitch Plays Pokemon conquered both the Johto League and Champion Red to complete the Pokemon Crystal journey, which came only two weeks after the defeat of Pokemon Red. Before Crystal was even finished, a countdown was started for Pokemon Emerald, which ended today. However, the beginning of the journey was not the smoothest and led to some hilarity.

Due to the soft reset ability of the game, the game was restarted multiple times, which erased the save files each time. The first time was able to get the female protagonist while the following ones mostly alternated. The female version got the hilarious name of Slash and the male was named T at one point. Eventually this issue was seemingly fixed by the streamer and the same was officially started with the female trailer named A.

Stay tuned for future updates on this latest Pokemon stream as this next journey has just begun!

HAL Explains Why Kirby Is Always Serious On US Box Art