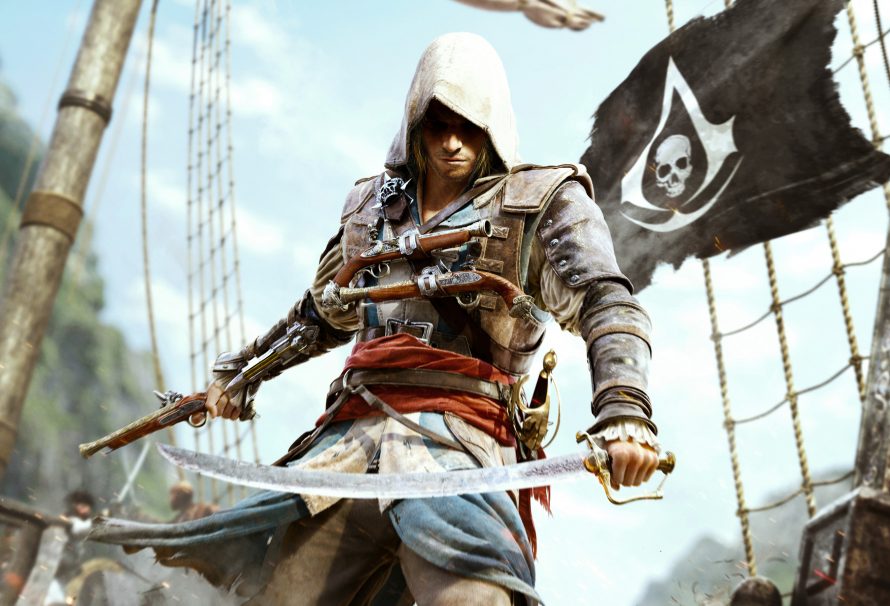 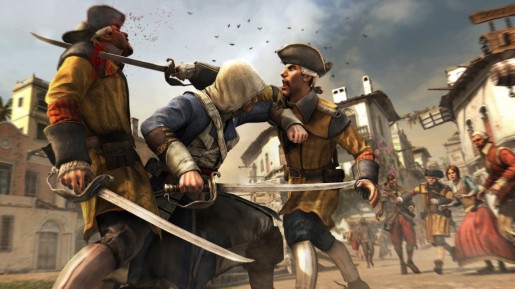 For five consecutive years, a new Assassin’s Creed title has come out. The formula introduced in every game has almost been the same but the team behind the series manages to put some glamour to make each one stand out. After introducing naval ship battles in Assassin’s Creed III, many felt that it wasn’t executed well enough, although it had potential. In this year’s release of Assassin’s Creed 4: Black Flag, the game takes the naval ship battles into the next level, while introducing fans as well into a whole new story and setting that once again will mesmerize fans.

From the bloody American Revolution we saw from Assassin’s Creed 3, Black Flag now brings us to the Golden Age of Pirates in the early 1700s across the many islands of the Caribbean. You take the role of Edward Kenway, a famous pirate seeking for gold and fame, who ends up being an Assassin after meddling in the business of the Templars. For fans who have played the third game, Edward Kenway is the father of Haytham and the grandfather of Connor Kenway, which makes him an ancestor of Desmond Miles. After seeing the fate of Desmond at the end of Assassin’s Creed 3, the research his DNA continues under the supervision of Abstergo. With Desmond Miles no longer in the picture, you play as an employee of Abstergo who is tasked to find information about the “Observatory” in Edward’s memory that is supposed to give them power. What could this “Observatory” be?

In the plethora of sequences that you will go through in Black Flag, there are ups and downs in Edward’s story. Unlike the interesting time period told in previous Assassin’s Creed games, I must say that Black Flag has the most uninspired story. It’s not as compelling as the second and third game, although it has certain moments that shine. The first couple of sequences starts out in a bang where all kinds of questions will start to sink in but as you down in the end, that’s where it loses its touch. I’m not saying it gets bad down the road, but it loses that “moment” that I’ve found across all Assassin’s Creed games. 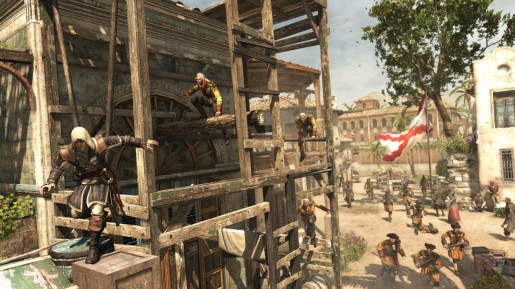 As a pirate of the 1700s, you will be traveling through the high seas of the Caribbean. To do that, you will be given a ship that you will name as Jackdaw. As the Captain of the Jackdaw, you will experience the life of a pirate through Kenway. Instead of hiring people to join your brotherhood, as found in past Assassin’s Creed titles, you are now tasked to build you own crew to help you in your adventure. Naval Battles are big in Black Flag and are executed very well. Going from one area to the other, your life is at risk from another band of pirates who are free to attack you. Thanks to the ship that you have, you have the ability to fight back through cannons and other equipment that you can customize in your ship.

Fighting through band of pirates are tough, therefore you will be needing to customize it. When it comes to customization, Black Flag goes all out. As you progress through the game, you will have access to different upgrade options that you can apply on your ship. Some can be crafted while others can be bought in ports and towns that you come across to. Getting materials can be tough as you will need to pillage other ships that you come across to. This is where the Naval Ship battles shine. Whenever you are in need of materials that you can use for crafting or simply you want stuff to sell at the port like rum and sugar, you are free to pillage any ships that you see. Simply slow down your ship and start bombarding others. As the health bar of the ship reaches its critical stage, you have an option to hijack it and get 100% loot. Beware though, as certain ships can be tough to take down and you will need to rather wait till your ship have well geared.

When it comes to other things that you can do in the game, it’s pretty much the same rinse and repeat quests that you’ve done in past Assassin’s Creed titles. If you are not sailing, you will find yourself in an island doing either your mission which involves sneaking around and taking down targets, or strolling as you do side missions. Compared to the last entry of the series, Black Flag offers more things that you can do, which can get quite overwhelming but this is good in the same way. The typical assassin missions are there but with the ability of having a ship that allows you to roam the big open world, you are free to look for treasures that can be quite valuable, rescue strayed crew members that can join you, do underwater missions and collecting treasures through Naval Battles. As always, the boring collectible hunting are there, though the map will exactly tell you where to get them, saving you time.

Assassin's Creed 4: Black Flag Review, 8.8 out of 10 based on 15 ratings
1 of 2
Previous article Final Fantasy X HD getting the ultimate boss "Penance"
Next article MLB 14: The Show teased; more info next month