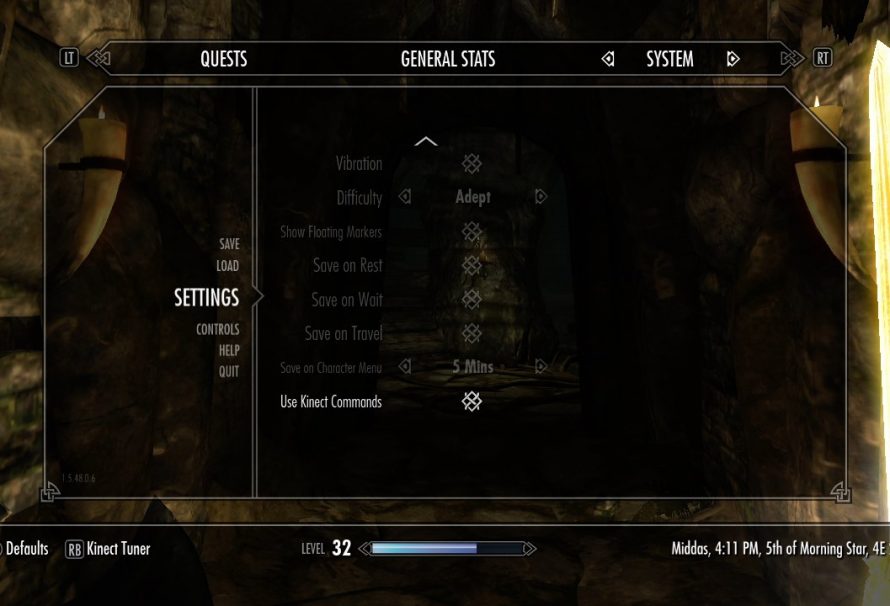 If you have a Kinect and Skyrim right now, you should turn your Xbox 360 on and download the 34MB patch to start using voice commands to your Dovahkiin.

Once it’s downloaded, the Kinect function won’t work right a way as you have to enable it. Now, to turn it on, pause the game, go to Systems menu, highlight Settings, and scroll all the way down to find Kinect Controls. Check on that and you can now start playing the game with Kinect.