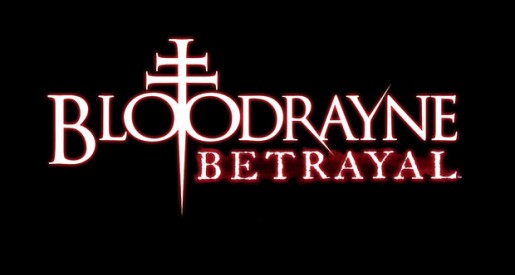 The original BloodRayne game came out in 2002 and was a third-person action adventure game. Although the game was far from a classic, the source material was popular enough to spawn a sequel and a god-awful movie adaptation starring Terminator 3’s Kristanna Loken and directed by Uwe Boll. BloodRayne returns in the form of BloodRayne: Betrayal.

Is this new addition to the vampire franchise worth playing? Will I still be able to suck people’s blood? Find out as we take a look at the HOTs and NOTs of BloodRayne: Betrayal.

BloodRayne fans will be in for a complete surprise to know that this is not the same genre as the first two games from the franchise. BloodRayne: Betrayal is now a 2D side-scolling action game that has some of the best cel-shaded graphics ever seen on HD consoles.

If anyone is familiar with the artwork seen in graphic novels, this is exactly what BloodRayne: Betrayal looks like. It’s a living and breathing HD comic book that has come to life. Quite frankly, it’s one of the best 2D graphics I’ve seen in a long time. 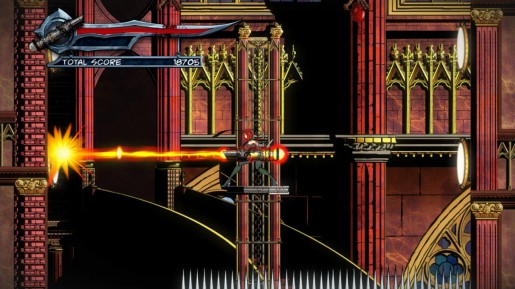 Longevity
In terms of the game’s length, it’s not a game that most players will breeze through in just a couple of short hours. There are 15 levels in all and the game could take you around 7-8 hours to complete depending on your skill level.

Another thing that will keep players glued to the controller is the addition of online leaderboards. Every level in the game you will be graded and left with a high score. Hardcore gamers that want to beat other people’s high scores will find this to be a very additive feature in the game. Not only that but if you find yourself graded with a “F” in any level, this will surely compel you to play that level again to improve on your grade.

Vampire Abilities
Since Rayne is half-human and half-vampire, she has access to a lot of unique vampire-like powers. Although vampires are all the rage in movies and television, they are rarely used in the video game genre – the same cannot be said about zombies.

Instead of collecting health packs to rejuvenate your health bar, Rayne will have to suck the blood off her enemies. It’s relatively easy to do as you can just grab an enemy while they’re stunned and Rayne will immediately bite them on the neck. Bear in mind, this technique can only be done on human-like enemies like other vampires.

As Rayne is still a vampire, any form of light will be a problem for her. Players must ensure to destroy any sources of light hitting on Rayne or else she will burn into a crisp. Players need not to worry too much about this as most of the levels are set at night-time and inside darkened areas.

Old-School Gameplay
Rayne has access to her deadly blades and an explosive pistol. Combat in the game is very satisfying and rarely gets too repetitive. This is because a number of different enemies are in the game and most of them require you to dish out different techniques in order to destroy them. It’s not the type of game where you will be pressing the same button all the time… 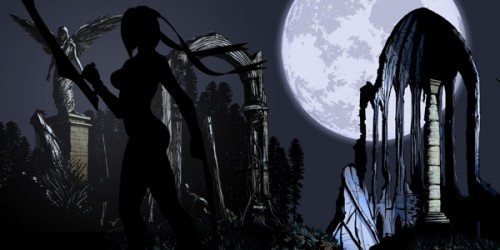 Difficulty
The difficulty might be too hard for some gamers. If you’re haven’t played 2D action games in a long while or haven’t played them at all, you’re going to have a really tough time completing BloodRayne: Betrayal. The game can get unbearably hard in the latter stages when there are several traps and enemies coming at you all at once. Thankfully, there are several checkpoints placed in each level but saving only occurs after you have actually completed a level. Be sure to finish a level before you take a break or else you will have to start back at the beginning again…

Lack of Cutscenes
For a game that looks as beautiful as BloodRayne: Betrayal, sadly there’s no cutscenes or even any voice overs. The story just fleshes out during gameplay and characters only speak with speech bubbles. I understand this game is inspired heavily by graphic novels but it would have been nice if there were some cutscenes added to the mix.

BloodRayne: Betrayal is a nice change of pace for the genre. The game would have lacked any creativity had it been just another third-person action game like its two predecessors. If you saw the horrendous BloodRayne film, don’t let that deter you from the BloodRayne franchise as BloodRayne: Betrayal is great compared to that atrocity. Fans of Castlevania and other like-minded 2D action games should definitely take a look at this game.