The newest batch of DLC for Fallout: New Vegas, titled Honest Hearts, has been set to be released this coming April.

According to Fallout Wiki, Fallout: New Vegas Honest Hearts DLC is scheduled for release this April 19th on both the Xbox 360, PlayStation 3, and PC. The date is subject to change since it has yet to receive a formal announcement.

The DLC was hinted at earlier via files found in the PC version that contained graffiti stating things such as “The Burned Man Walks!” and “Where is New Cannan Anyways?”

Unlike the first add-on Dead Money, which was a timed X-BOX 360 exclusive, Honest Hearts will be released simultaneously on the X-BOX, PS3 and PC. 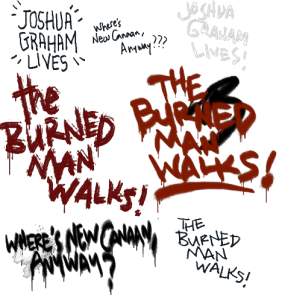