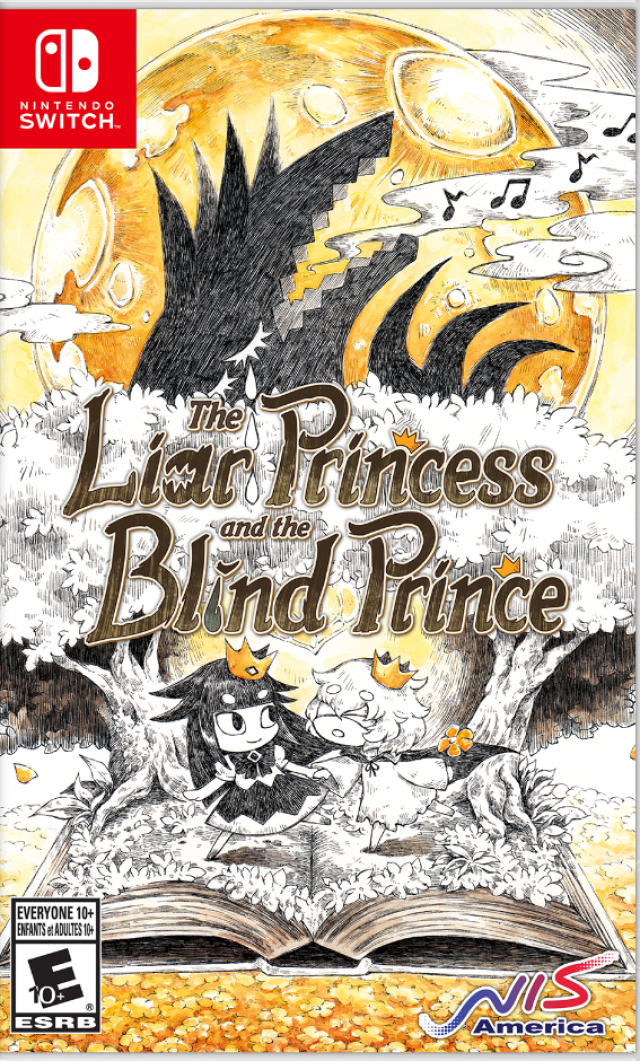 TagsNIS America, The Liar Princess and the Blind Prince

Over the years we’ve seen a sharp decrease in puzzle games. Even if there are a few, such as Puyo Puyo, the genre is mostly used as a way to give otherwise story driven games something interactive. The Liar Princess and the Blind Prince falls more into the latter but given the charm of things like A Rose in the Twilight, it has the potential to be something special. With a dark but cute story, charming visuals and several solid experiences, is it something players should experience or does it fall short of greatness?

At first glance there isn’t much to The Liar Princess and the Blind Prince. There is a wolf that likes to sing, which attracts a prince, who praises the wolf. The wolf enjoys the praise, so she continues to do it so she will receive his praise until one day he decides to see her, resulting in the wolf accidentally blinding him. To correct this, the wolf visits the witch of the forest, gives up the thing that means most to her and allows her to turn into a princess, so she can bring him to the witch to correct his vision. 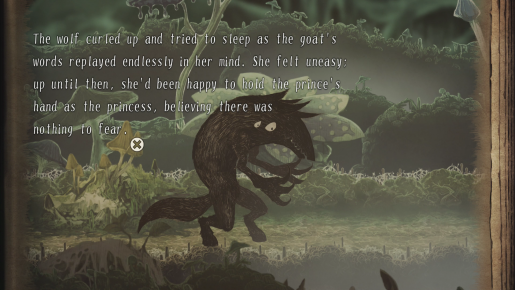 Since the path is fraught with challenges, the princess needs to use her human form to guide the prince, while utilizing her wolf form to eliminate challenges. It’s enough to make a cute story, one that really comes down to understanding others.

Most of the wolf’s challenges involve differences in perspective or simply maintaining a lie to make the prince happy. It’s nice that the story tries to confront these issues, with the conclusion being especially cute, even if it keeps to the grim theme found in previous titles. 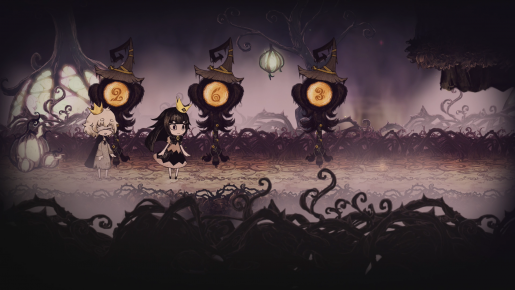 If anything, the story is really held back by a lack of content. It doesn’t take particularly long to see everything and even less to reach the conclusion. These choices don’t take away from the struggle, if anything it makes the story a little easier to follow, it just doesn’t have a lot of time to expand on certain things. This is a problem that also extends to the gameplay side.

Unlike A Rose in the Twilight, there isn’t a lot to The Liar Princess and the Blind Prince. For instance, there was only one puzzle that gave me trouble and that puzzle is only required for those looking for every flower/trophies/backstory. If you don’t care about that, the experience is actually pretty straightforward.

More often than not, problems can be solved by changing into the wolf, killing whatever is waiting and then move the prince to the next location. Even if there is an actual puzzle, such as moving a block or doing a specific task, they’re typically pretty obvious. There will often times be a single item and the use for it will be painfully obvious. Worse yet, almost every collectible is just as easy to figure out. If you have a basic understanding of mechanics and decent observation skills, you can find every collectible on your first or second run of any level.

What this means for The Liar Princess and the Blind Prince is little replayability and limited engagement. Unless you choose to do a speed or no kill run, there isn’t much you can do differently. When most challenges can be tackled by scouting ahead or jumping at the right time, there is only so much you can do. 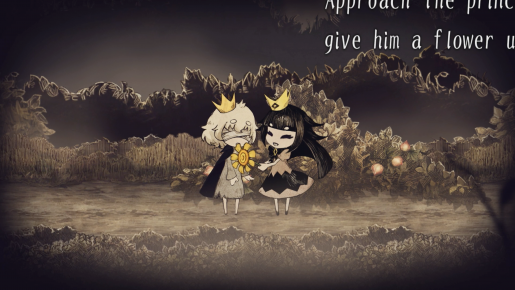 The only real exception to this line is, again, that one flower puzzle and the final boss. With that being said, the final boss is also needlessly tedious. As interesting as the mechanics are, like using the boss’ attacks to dispatch enemies, getting everything to work together isn’t as much hard as tedious. I can do it with relative ease, I just have to prevent the prince from dying and that is often the hard part.

Regardless of the gameplay shortcomings, it’s an amazingly cute game to look at. Everything feels like it’s straight out of a storybook and the story itself does a fantastic job of conveying the same basic concept. In fact, the only real issue is a lack of range. There are a few levels, items and enemies, just not enough varied content to make it all stand out, even if it is all extremely cute.

The hard thing about The Liar Princess and the Blind Prince is I enjoyed the story and found the ending charming, something that also holds true for the graphics, there just isn’t a lot of content. Without using any guide I managed to platinum it in under five hours and could’ve likely done it even faster if I did. When you figure the experience isn’t quite as engaging as previous titles and there simply isn’t a ton of content or even the fact cut scenes seem to be unskippable, even if you previously watched them, it’s hard to recommend The Liar Princess and the Blind Prince.

[Editor’s Note: The Liar Princess and the Blind Prince was reviewed on PS4 platform. The game was provided to us by the publisher for review purposes.]