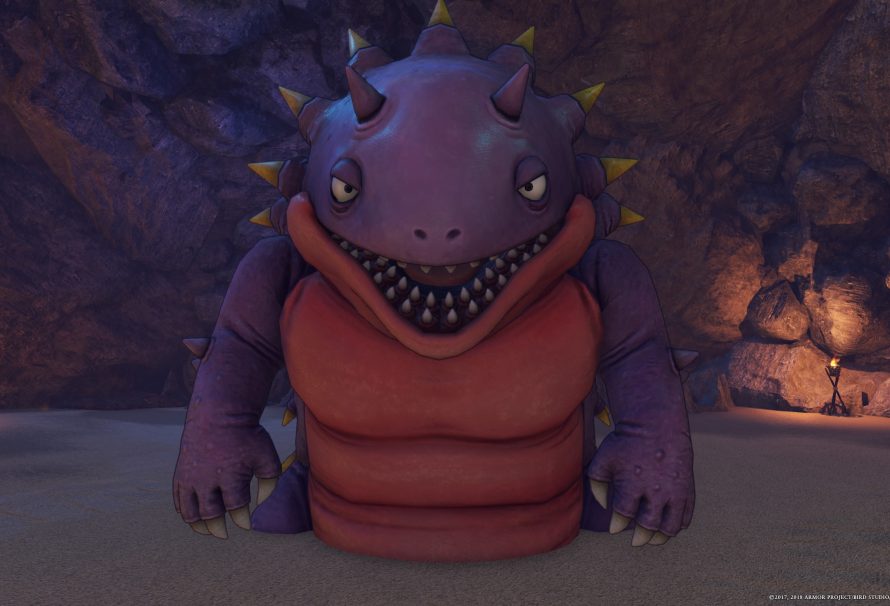 Congratulations on beating Dragon Quest XI: Echoes of an Elusive Age! While you may think your adventure is over, there’s still a lot of things to do as the game even opens up more adventures just after the credits end. If you are up for another twenty to thirty hours of adventures, then get yourself ready to do more quests as thirteen more gets added in the Quest Catalogue.

The first quest after clearing the game can be done immediately after reloading your clear data. With the last batch of quests that gets added, there are important rewards here that will be useful in defeating the one true boss like adding bonus stats to Serena, Rab or the hero itself.

Withuot further ado, here’s the last batch of quests that you can do: 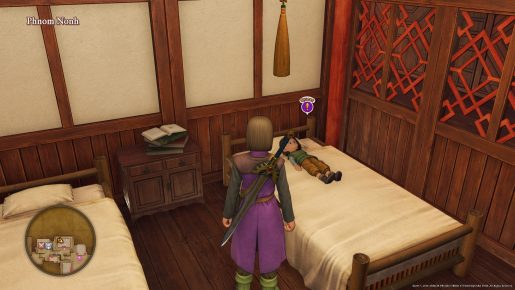 Location: Phnom Nonh
Reward: Mini Medal x5
How to Complete:  Approach the little kid on the second floor of the house just beside the Armor/Weapon shop. He will tell you that a BangoBango monster has been disturbing her beauty sleep. She will ask you to beat these BangoBango just outside the village but you have to use the Pep Power of Snooze ‘n’ Brooze. Once you do what she wants, earn your reward – Mini Medal x5 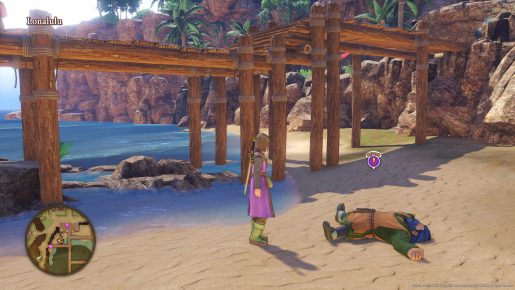 Location: Lonalulu
Reward: Slime Crown
How to Complete:  Approach the guy who is laying down by the beach and he will give y ou a task where you have to bring him a crystal lily back. To get the item he wants, use the Calamus Flute to summon Cetacea and go to the Sniflheim Whale Way Station. You will find the Crystal Lily in the southern part of the map. Return to the guy in Lonalulu to receive you reward – Slime Crown.

Location: Cobblestone – Tor
Reward: Fantastick
How to Complete:  At the summit of Cobblestone Tor, there’s a guy named Hugo that wants you to help him search for some stunning scenery. He will ask you to check out a likely candidate of this beautiful scenery in an island just south of Octagonia. Now head to the north and find a blue portal where you can use Lorelei’s Harp to warp you to the Insula Centralis, the island where you are supposed to go. Once you in the island, kill the Dragon Rider to use the Dragon as your mount to reach the highest mountain peak in the area. Read the inscription and return to Hugo to receive your reward – Fantastick 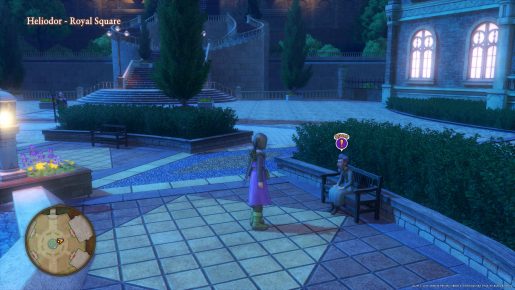 Location: Heliodor – Square
Reward: Apollo’s Axe
How to Complete:  Proceed to the town square of Heliodor to find an old man sitting in one of the benches. He will ask you to defeat a Harmachis who can be found in the plateau in the south of Hotto Steppe.

Use the Calmus Flute to summon Cetacea. Now go to The Hotto Steppe – Southern Whale Way Station which is near around Hotto. You will find only one enemy in this area. Keep fighting it until its rare form appear- the Harmachi. Once you defeat it, return to the old man to receive your reward – Apollo’s Axe.

Location: Downtown Heliodor
Reward: Pep Pop
How to Complete:  Find the fortune teller named Miss Bev in Downtown Heliodor. Talk to her and she will ask you to get a divine dew for her. She will tell you that it’s usually near the World Tree. Now Zoom to the summit of the First Forest to find the divine dew you are looking for. Return to her and receive –Pep Pop

Location: Downtown Heliodor
Reward: Little Medal x 10
How to Complete:  Zoom to Heliodor Downtown and immediately find the kid playing hide-in-seek. He will want you to search for the hide-and-seek legend and have them teach you their tricks. He will tell you that the one you are looking for is in Octagonia. Talk to the kid that gave you the quest, The Shadow, only to learn that the one you are looking for is Xeno. Apparently, he’s not in Octagonia anymore as he went to Champ Sauage. Now go to L’Academie and you will find him hiding inside the academy where the locked red door is. 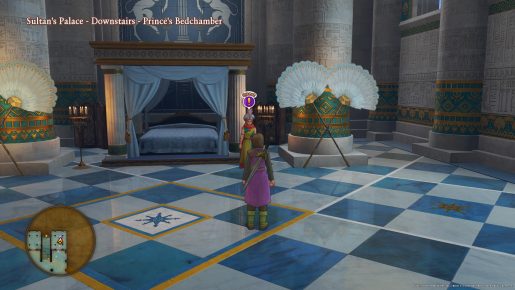 Location: Gallopolis City – Sultan’s Palace
Reward: Pep Pip x4
How to Complete:   You have been tasked by the great Prince Faris of Gallopolis City to bring him a Pepper Tree branch to help his knights focus for the upcoming battle. He will tell you that it can be found at high places – primarily the First Forest.  Now use the Calmus Flute to fly to the First Forest Whale Station. Once you are in the Whale Station, proceed all the way to the south and find the golden sparkle at the bottom of the tree. Return to Faris to receive your reward –Pep Pip x4

55. The Legendary Treasure of Legend 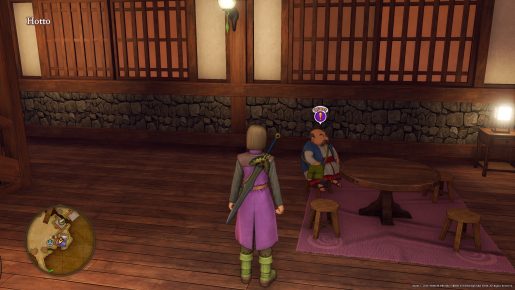 Location: Hotto -Inn
Reward: Uber Agate of Evolution x3
How to Complete:   A treasure hunter named Iago is fascinated on the treasure that lies in Hotto and have asked you to help him track down a long-lost legendary treasure. His first task is to find the journal of the shrine maiden who has buried the treasure. Head to Miku’s Shrine and inside her room, read the book in the bookshelf. It seems that the treasure is buried in Mount Huji. Now go to the base of Mount Huji and instead of going to Caldera, go to the Secret Entrance instead and all the way to the end to find the treasure. Now return to Iago and receive your reward – Uber Agate of Evolution x3 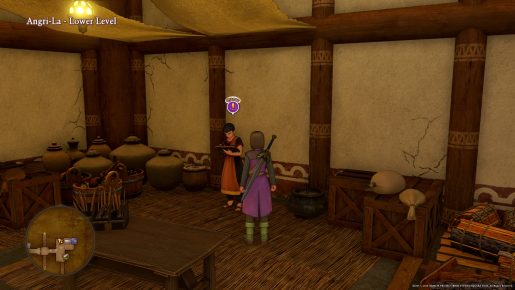 Location:Angri-La – Lower Level
Reward: A boost to Rab’s magical powers
How to Complete:  A monk in Angri-La is reading the teachings of Morcant where if you somehow find the three tomes in the Royal Library, Rab can benefit from it. The three tomes that makes Rab a more powerful sorcerer is in the Royal Library. Once you are in the library, read the book on the western side of the 1st floor, the western side again of the second floor and once you reach the third floor, the book is  in the southeastern side. Now return to the monk in Angri-La to report your findings and Rab will have an increase of magical might and mending by 50! 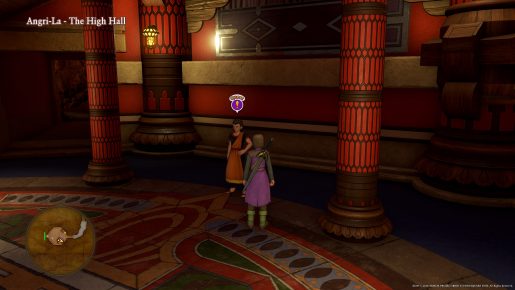 Location:Angri-La – The High Hall
Reward: Seed Skill x10
How to Complete:  The Monk of Angri-La wants you to craft a blade that can pierce his steel body. He wants you to specifically craft a legate’s blade +3. To craft it, you need the recipe that you only get by finishing the Wheel of Harma. Once you do, craft it and equip the blade. Show it to him to receive your reward – Seed of Skill x10 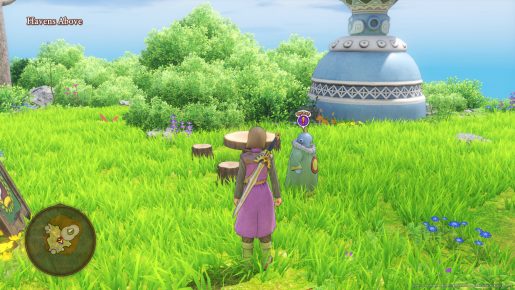 Location: Havens Above
Reward: A boost to Serena’s magical mending
How to Complete:  The Watcher wants to increase the effectiveness of Serena’s heal and in order to do that, you will need to get a harmonicrystal and have new strings made for her harp. To find the harmonicrystal, use Cetacea and go to the Battleground. It’s behind an Ultimate Locked Door in Level B-9. Before you get the crystal, you will be fighting a boss. Once you beat the boss, it will drop the crystal. Return to the Watcher and have him make a new harp for Serena to increase her magical mending.

59. Wisdom of a Warrior King 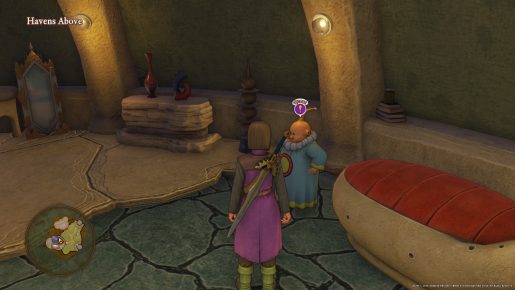 DQXI Quest 59 – The Wisdom of a Warrior King

The following are the locations:

Location: Havens Above – Place of Legends
Reward: Luminary Sword abilities become stronger
How to Complete:  The Watcher in front of Erdwin statue seems to miss him a lot. He notices that the bracelet of Erdwin is missing. He will give you a task where you have to find it so that he can put it in the Luminary statue. The Watcher will tell you that the bracelet is in possession of Drustan, which can now be found in his one of his Labyrinth. To be exact, it’s in the Trial of Discple’s first area. When you reach the first area of the trial, drop down below and find the bracelet in a treasure chest in the southern part of the map. The treasure chest will not appear unless you have taken the quest. Return to the Watcher and give the bracelet to unlock an enhanced power of the Luminary Sword abilities.