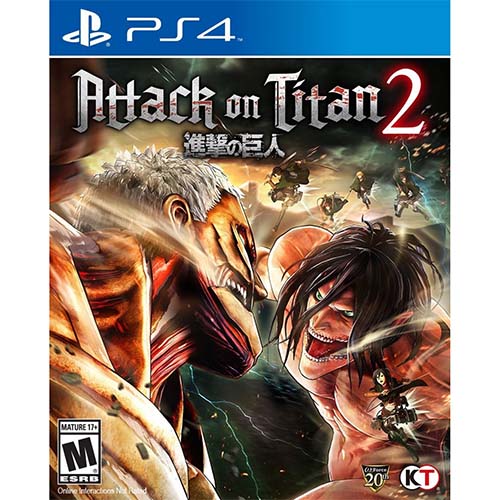 TagsAttack On Titan, Attack on Titan 2

I don’t think anyone would’ve guessed how successful Attack on Titan became. With the series going unnoticed for years, not unlike Jojo’s Bizarre Adventure, it made a massive splash and this lead to toys, figures, spinoff series and, of course, video games. The idea of fighting larger than life bosses isn’t unheard of and something Shadow of the Colossus and the upcoming Extinction both take a whack at. With the first Attack on Titan game getting okay reviews, will Attack on Titan 2 learn from the originals mistakes or is it glorified DLC that covers more story?

Attack on Titan 2 takes an interesting take on how the story is presented. Instead of following one of the main characters, players assume the identity of a forgotten survey corps member that kept a journal of their adventures. Once that is established, pretty much everything plays out as you’d expect. 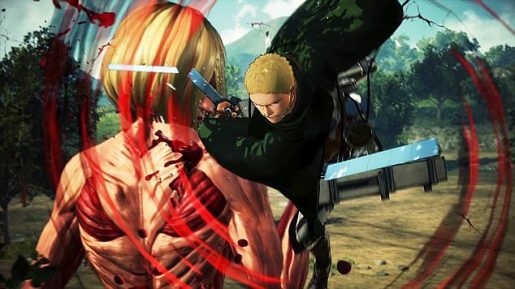 Bad things happened in the past involving the colossal titan, Eren wants revenge and convinces a number of people to join the survey corps. Later the colossal titan appears, more negative things happen and eventually they learn there is much more to the world than meets the eye. The biggest difference between this title and the previous one is the addition of more story and a stronger desire to defeat the mysterious armored titan.

It makes for an interesting ride, yet there isn’t enough new content to really change things up. With much of the bigger developments still not appearing, it feels more like wheel spinning than a true sequel, one that might’ve been better as DLC than an actual release. Something that also applies to gameplay. 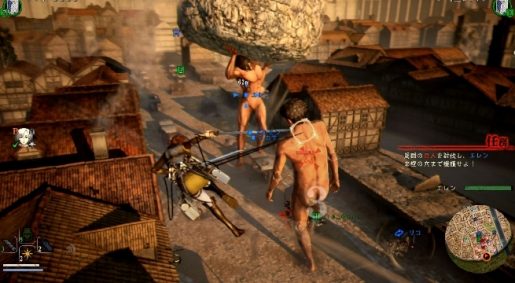 If there is one flaw with Attack on Titan being a game, it’s the difficulty in recreating the challenge, tension and overall threat that drive the story. Here, even if a titan has you, it’s very unlikely you’ll meet your end, nor will any character that needs to survive, so deaths are reserved for irrelevant characters to add stakes to a hollow world. From there, combat really depends on how much effort players want to put in.

Outside of bosses, most enemies can be defeated by targeting the neck and sending an ally to kill them or just doing it yourself. This requires moderately well planning, so you can’t mindlessly attack to win, though players have a fairly large window to be successful. Since titans can’t overwhelm players, the average stage boils down to around 30 kills and some kind of objective and/or boss fight. 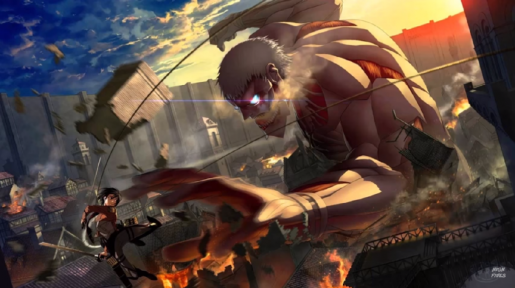 Boss fights rely on the same mechanics, just instead of asking players to end it instantly, attacking specific limbs weakens them to a point where they take damage. There is some depth, just not enough where it really changes the core elements. If nothing else, it’s more of a tedious elongation than a well thought out experience.

One of Attack on Titan 2’s biggest shortcoming is also one of the hardest to avoid, which is diversity. I would totally believe levels were reused from the previous game and it’s hard to create something complicated while keeping true to the source material. It’s hard to feel like it’s a sequel when players are essentially doing the same things as the original.

Outside of combat there are stores and character interactions. Players can create better weapons, improve relationships and more. These sections can be fun, at least if you like building relationships, while also being a waste of time. It’s hard to care about weapons when you can outsource most fights and things like range are hard to conceptualize, much less make a practical choice about. 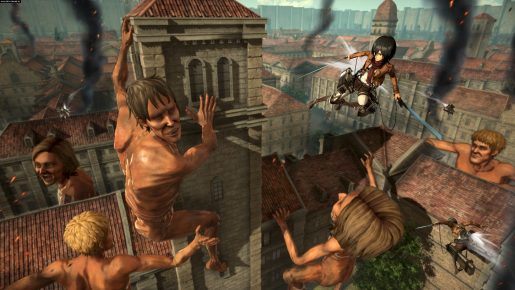 In addition to the previously mentioned concerns, Attack on Titan 2 runs poorly on the PlayStation 4. Some sections, even ones with simple dialogue choices, had my PlayStation 4 running full blast. Since buildings are destructible and rely on simple choices, it wasn’t uncommon for a good titan attack or two to cause significant lag. Even if there is a bit going on, it’s quite concerning that five or so characters and two titans breaking a building is enough to cause lag, especially when far more complicated games do just fine.

Attack on Titan 2 might add to the story but it doesn’t change enough to make it a compelling purchase. With it feeling largely like the previous games, it feels closer to DLC than a new expansion. This doesn’t mean there isn’t any reason to pick it up, just don’t expect it to be a massive change from the original. Combine this with very little story progression, performance issues and not a lot of content and it’s a sequel even fans can skip.

[Editor’s Note: Attack on Titan 2 was reviewed on PS4 platform. The game was provided to us by the publisher for review purposes.]