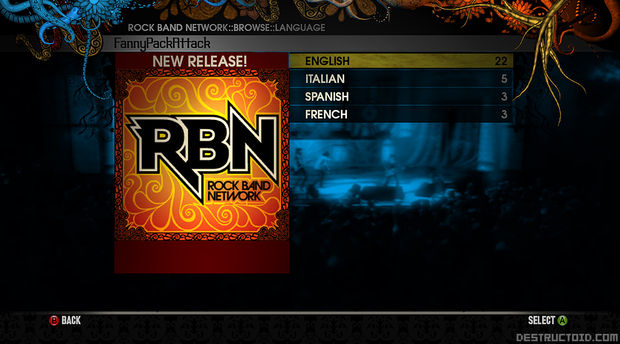 If you own Rock Band on PS3, Xbox 360 and Nintendo Wii, you might want to know that you might need to download as many songs as possible. This is because the Rock Band Network is getting delisted soon and new songs will no longer be available for you to purchase.

Harmonix announced the following on the official Rock Band forums: “We have an important Rock Band Network update to share. Unfortunately, ALL RBN songs on ALL legacy consoles (Xbox 360, PlayStation®3, and Nintendo Wii) will no longer be available for purchase from the Rock Band Music Store beginning later this month. As with other delisted content, owners can continue to play previously purchased RBN songs as desired. These songs were never available for purchase or playable in Rock Band 4. All songs available on Rock Band 4 are not affected, regardless of source.”

If there are songs you still want to sing, download as many as you can before they are gone forever. Bear in mind, this only affects the other Rock Band games on older hardware. The recently released Rock Band 4 on PS4 and Xbox One will still have all of its songs available for the time being.

If you have already purchased songs, don’t worry they are still kept in your library. This is just a warning if you have yet to buy any more songs for the older video games on older platforms.

The music genre became popular in the late ’00s, but sadly the genre died out quickly thanks to over-saturation. Rock Band 4 tried to revive the series in 2015, but it failed to catch casual gamers like last time so we might not see Rock Band 5 anytime soon. Even Activision’s Guitar Hero franchise had poor sales in 2015 too.

Previous article Yakuza 6: Song of Life Gets A Release Date Delay In The West
Next article 'King of Kong's' Billy Mitchell's Donkey Kong Records Are Being Erased