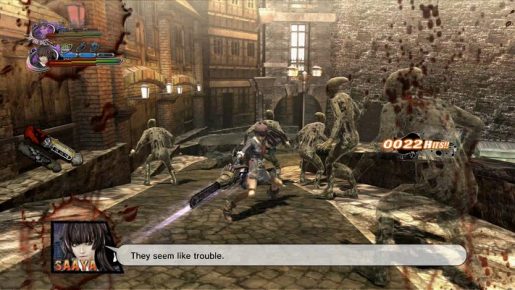 The over-the-top bikini samurai squad will soon be seeing new life on the PlayStation 4, and European gamers won’t have to wait too long to get their hands on Onechanbara ZII: Chaos.

This new entry in the series marks developer Tamsoft’s first title on the platform (who later developed Senran Kagura: Estival Versus, also out this year). If you’re craving more character action games and neither Devil may Cry 4 or God of War 3 Remastered can quench that thirst, Onechanbara Z2: Chaos might be the game you deserve.

Onechanbara ZII: Chaos will be available in Europe as a PlayStation 4-exclusive title later this Fall. A North American release has also been confirmed for June 30th.

Previous article Attack on Titan: Humanity in Chains coming to North America on May 12
Next article Download Size Revealed For Wolfenstein: The Old Blood