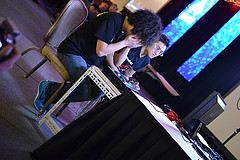 Fighting games, just like any other discipline or activity, can take more than just picking up a controller and instantly being the best. With the right amount of focus and practice, just about anyone can learn the fine art of street fighting (note: please don’t do any real fighting in the streets!). Here are a few basic concepts to keep in mind if you’re looking to improve your game and make a name for yourself in the tournaments. 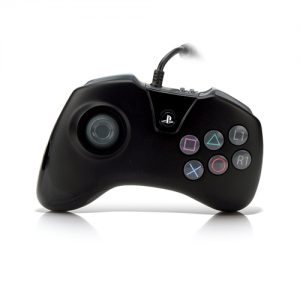 Use a controller that fits

Arcade sticks have rapidly grown in popularity over the past few years since Mad Catz released a line in tandem with Street Fighter IV. Before then, they were seen as a luxury item or something that only pro players picked up. With multiple hardware manufacturers entering the market and a modding community that’s stronger than ever, getting your hands on an arcade stick takes no time at all. However, don’t feel that you NEED to get an arcade stick just because others use them. Even pro players like Meltdown’s Louffy and Snake Eyez can work with the most basic of controllers. Arcade sticks simply offer a different style of control that helps replicate the feel of playing in the arcades.

With the decline of modern arcades in North America, it may be difficult to get regular practice on these machines unless you’re in one of the major hubs on either coast. That isn’t to say that it’s impossible to get some practice in on a real arcade machine, but rather it may be difficult to find one of these machines if you’re in an area that isn’t known for having much of a scene. If you’re only just starting out with playing fighting games and don’t have an arcade nearby to practice on, don’t feel like the $200 investment for a controller is a mandatory purchase. Start with the basic controller that came with your console and experiment. You might find that muscle memory comes more naturally with playing with a controller or perhaps you really do feel more naturally inclined to the feel of a joystick.

Curse of the Dead Gods Review

Sony To Stop Video Rentals And Purchases On PlayStation

Curse of the Dead Gods Review

Icons of the Realms: Baldur’s Gate Descent into Avernus Review