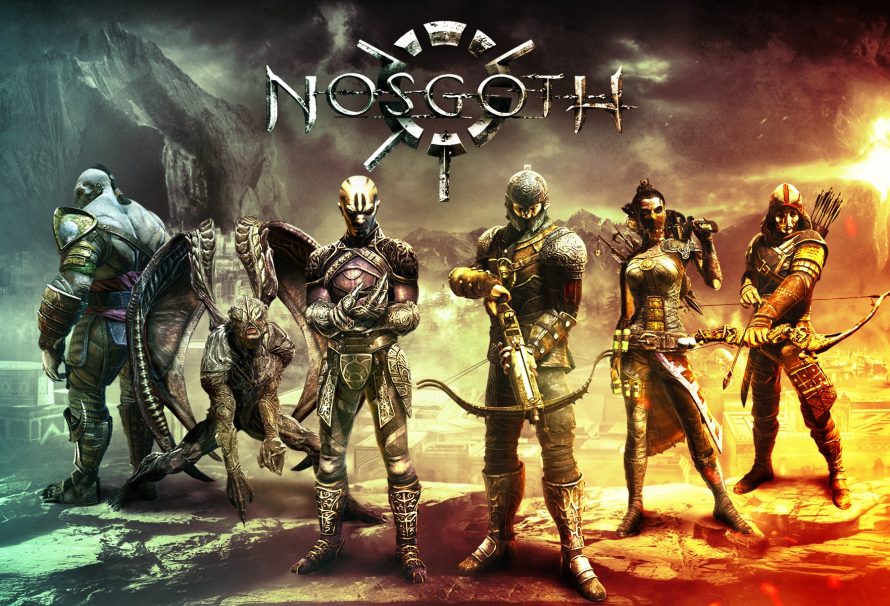 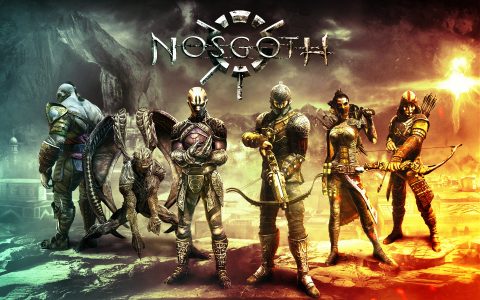 Back in the days before vampires sparkled and won the hearts of young women, these creatures of the night were known for their ferocious appearance and brutality. Legacy of Kain depicted these vampires of old in a series remembered fondly by those who partook in the sixth-generation era of gaming over a decade ago. The franchise saw the vampire Kain and the wraith Raziel tangled in a tale of deception and revenge, expected components when bloodthirsy beasts are in play. Sadly, the last entry, Legacy of Kain: Defiance, released in 2003 and the series seemed to die with it. That is, until now. Psyonix and Square Enix are letting players return to the land of Nosgoth, but not in the way you that you might have expected (or hoped).

The team is working on a free-to-play third-person multiplayer game set within the Legacy of Kain universe called Nosgoth. I can already hear long-time Legacy of Kain fans facepalming in unison at the news of their beloved franchise being restructured into a more modern business model, but I’m here to tell you it isn’t all bad! Nosgoth pits vampires against humans in 4 vs 4 battles, promoting team play above all else. On the human side you have the Hunter, Alchemist and Scout. The Hunter class has a fully automatic crossbow, allowing them to quickly chip away at a vampire’s health. They can also release binding bolas to render any vampires that get too close temporarily defenseless. The Alchemist can turn a vampire to gibs with a barrage of explosive shots or give the team some breathing room by pushing back the opposition with wide-spreading flames. Lastly, we have the bow-wielding Scout, which plays a lot like your typical sniper, picking off opponents from a greater distance than the rest of the team. When the opposing team makes the mistake of grouping too closely together, the Scout can rain down a volley of arrows over a large area, bringing swift death to the monsters caught within its sizable radius.

The vampires consist of the Reaver, Tyrant, and Sentinel. Reavers share a lot in common with Left4Dead’s Hunters, utilizing their lunge ability to pounce on and tear apart unsuspecting targets. This class’ smoke screen ability is a useful tool for concealing these assaults. The Tyrant is the biggest of the bunch, taking on the tank role. These brutes can charge through enemies, knocking them aside, or leap in from a distance with an earth-shattering ground pound. The Sentinel rounds out the vampire faction with what many may find to be the most interesting ability: flying. Sentinels can spread their wings and soar into the skies above, dive-bombing into enemies or snatching them up from the safety of their surrounding teammates. While not all vampires can fly, every one of their classes has the ability to scale buildings for a quick escape or better position. Each class brings something new to the table and all of them have the potential to be devastating when used in conjunction with teammates’ skill sets.

The ongoing closed beta is currently limited to Team Deathmatch, with an enticing Siege mode greyed out in the menus for now. In this mode, four humans go up against four vampires and the first time to reach the kill limit wins. Regardless of the class chosen, you will quickly learn that this isn’t a place for the “lone wolf” player. Nosgoth is very much a team-oriented affair. Staying close to your allies is the key to success, as danger could be waiting around each and every corner. As you might have deduced from the class details above, humans must do their best to eliminate the vampires before they are within arms length while vampires strive to find ways to close the distance quickly in order to deliver their deadly blows. Fortunately, you won’t be forced to play just one side. Each match is divided into two rounds, giving players the chance to experience both play styles. 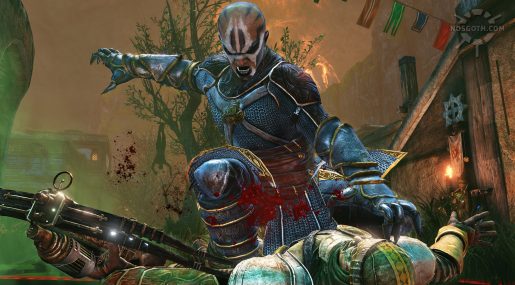 As I entered my first match I started off as a human and I felt confident that I’d decimate any sneaking vampires given my extensive third-person shooter background. Do you remember how I said Nosgoth isn’t a place for the lone wolf? I learned that lesson early on. My arrogance was met with a swooping Sentinel who so kindly gave me a ride to his team’s Tyrant. Needless to say, I was unable to stand my ground against that hulking beast. Okay, lesson learned. After respawning I joined my other three teammates. This is where Nosgoth shined. Walking through the tight spaces, each one of us pointed a different direction, was an intense experience. Every vampire face that peered over the edge of a nearby rooftop provided a jolt of adrenaline, as well as short bursts of spastic firing. My team’s Alchemists did a good job of keeping vampires at bay with their pools of fire while I used the Hunter’s bolas to tie up charging Tyrants, containing their rampage. Learning your role and how it works within the confines of the teams leads to exceptionally fun matches. Oh, and learning where those health/ammo replenishing shrines are located in each map also helps.

With round one down, it was time to switch over to the agile vampire side. I found myself most at home with the Reaver. Dropping smoke and tackling straggling humans is a brutal and satisfying act. Dragging these downed individuals around corners and then feeding on them for health is a nice touch and wonderful counterpoint to the human’s shrines. Singling out the bolas-equipped Hunters became my job which paved the way for the Tyrant to burst in with little to worry about. The wildly different play style of the vampires was a nice change of pace, as I went from the hunted to hunter.

At the end of a match, players are rewarded with XP and gold. Experience works like it does in any other competitive online game; level up and unlock new equipment. Gold is the in-game currency used to purchase items from the Nosgoth store. Falling in line with all other free-to-play games, players can throw real money into the mix to save time grinding and instantly obtain the item they want. All in all, Nosgoth is a solid third-person shooter with a lot of potential and although it isn’t the Legacy of Kain game we have been asking for, I was pleasantly surprised by its newest iteration.

Previous article EA Falls In The First Round Of 'Worst Company In America' Competition
Next article LEGO Ninjago: Nindroids Announced For PS Vita and 3DS