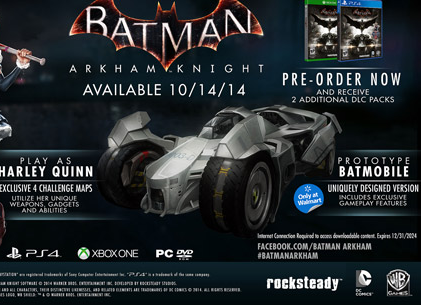 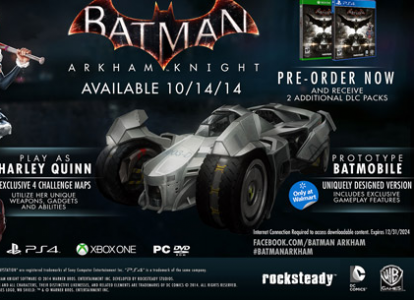 Batman: Arkham Knight was finally revealed yesterday after much speculation, but one piece of information was left out of the reveal, an official release date. We were told that it would be coming in 2014, but it took a Gamestop image to give us an indication that it might be coming October 14, and now we have another retailer giving more credence to that being the official release date.

Walmart has the above image with the listing for the game showing off an exclusive preorder bonus for a prototype Batmobile, which we know is a central part of this game. The listing also has the same date as Gamestop, October 14. It just seems odd that two different retailers would have images out for the release date and it not being true, but we’ll still have to wait for an official release date announcement.