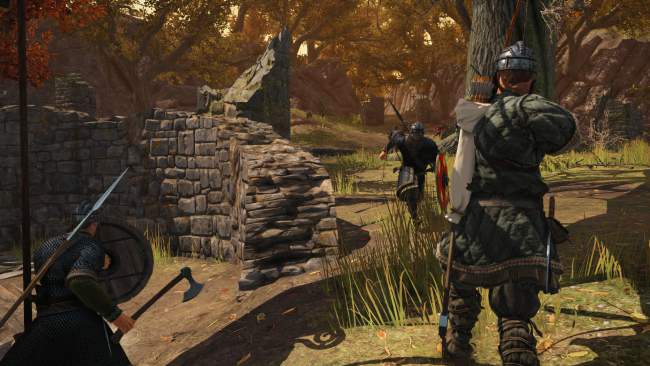 Fatshark has released a new update for their early access title, War of the Vikings.

The new update is actually entitled “Bloðorn” meaning “Blood Eagle”. The update includes new changes to War of the Vikings’ combat system and a gruesome new set of blood effects, along with new in-game maps and profile loadouts. The Blood Eagle update turns War of the Vikings’ corpse-riddled battlefields into tactical opportunities with the addition of weapon looting; thrown weapons, melee weapons, and shields can now be collected from fallen warriors in the middle of battles, providing additional combat options. New blood effects have also been added to the game, covering warriors, weapons, and the environment in crimson as the battles rage on. A new arena map has been added which is set on a small crag atop a mountain, as well as the reintroduction of the Monastery map. Three new profile loadouts have been added for players to try, complete with new perks and appearances. Full details on the Blood Eagle can be found at forum.paradoxplaza.com