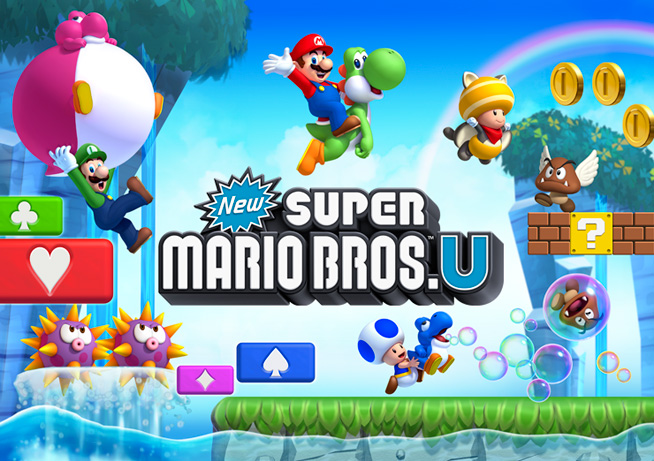 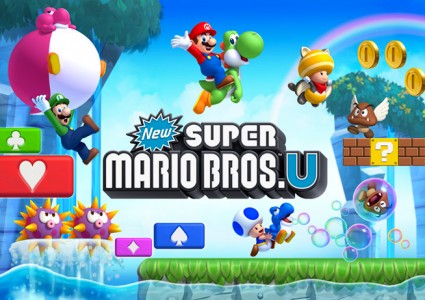 Let’s take a look on what’s HOT and what’s NOT in our review of the New Super Mario Bros. U.

In Glorious HD
For the very first time, Mario has finally gone HD with New Super Mario Bros. U. From the eight worlds that you will get to explore, expect to see the environments pop out even more as the colors and detail on the characters are more precise and vivid. When playing on the Game Pad, you can expect the same treatment as the screen itself is vibrant enough and capable of showing clear and close to HD visuals. Regardless whether you’re playing on the TV or Game Pad, you are sure to enjoy what the game has to offer when it comes to visuals.

Same Game But More Challenging
Compared to the New Super Mario Bros. Wii game that was released several years ago, fans will play the new game on the Wii U will sort of feel that they’re playing the same game. The concept is similar where you have to clear the levels to proceed to the next world. One of the notable changes that fans can expect in this game is that it’s more challenging than the previous entry in the series. For the first four worlds that you will get to play, you will notice that they’re push overs but as you get closer to the end, things will start to go crazy as levels get more complicated. The game is beatable by itself but for those who to team up with someone locally, the game can be a lot easier. 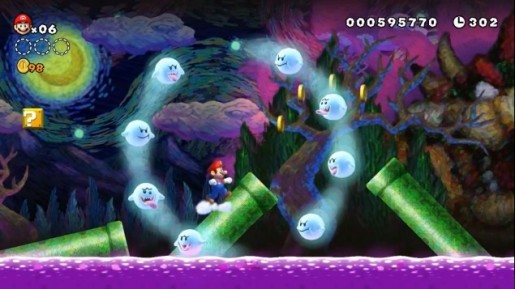 A new feature in NSMB U has been added and it’s for the people looking for a far greater challenge. A Challenge Mode has been added where gamers can participate in all sorts of challenges and get medals in the end based on your performance. Challenges within the mode varies from running through a level under a certain time or simply clearing the level without touching the ground. These challenges adds a lot of replayability and those gamers claiming they are the master of Mario games in 2D can try their skills in this mode.

In addition to Challenge Mode, there’s also a Boost Rush mode where as you collect coins in the levels you have played, the game pace increases giving you a much more challenge when clearing levels. Just like the challenge mode, there game is divided into different difficulty; if you think you’re up to a great challenge, going on the harder difficulty is highly recommended. 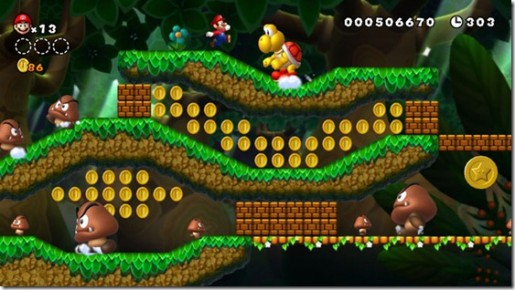 MiiVerse
Among the launch titles of the Nintendo Wii U, New Super Mario Bros. U is one of the games that supports MiiVerse. Throughout your adventure in the game, you will have an opportunity to share your experience by posting snippets in certain levels, brag your achievement in the Challenge mode and a lot more. Think of the MiiVerse in the New Super Mario Bros. U as your guide and the ‘Facebook’ within the game. Depending on how many times you die in certain levels, there may be times you will see a message left by other people or you can share your frustration.

New Super Mario Bros. U Review, 8.3 out of 10 based on 7 ratings
1 of 2
Previous article THQ CFO Paul Pucino Resigns Amid Finance Agreement With Wells Fargo
Next article Wii U now gets YouTube and Amazon Instant Video apps