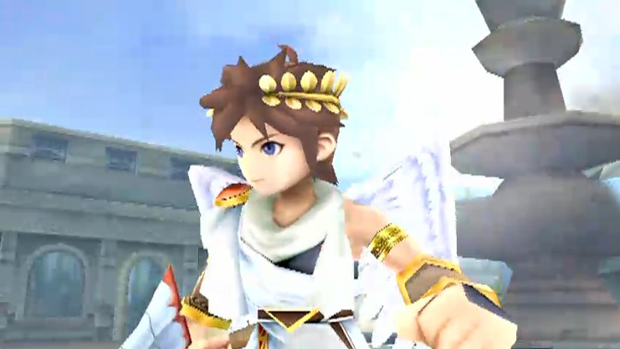 One of the more iconic characters from a Nintendo franchise makes a return on the Nintendo 3DS with Kid Icarus: Uprising. Following his cameo appearance in Super Smash Bros. Brawl on the Nintendo Wii a couple of years ago, lots of Nintendo fans have been demanding to see Kid Icarus back in action again in his own solo title. Nintendo and Project Sora listened and have finally brought Kid Icarus back with numerous to offerings to long-time fans. Since it has been over a decade since fans last saw Kid Icarus, can Uprising be rekindle the love for Kid Icarus and live up to the expectations that were built during his absence?

Let’s take a look at what’s HOT and what’s NOT in our review of Kid Icarus: Uprising.

Gorgeous Visuals with Impressive 3D Effects
The last stand-alone title where we saw Kid Icarus was back in the old Gameboy and NES days. The visuals of those times were really classic, but by today’s standards, they’re better left back in the past. With the capabilities of the Nintendo 3DS and the efforts put forth by Project Sora in making Kid Icarus: Uprising the best revival for the franchise, they were able to produce some impressive visuals. In the 20+ chapters, players will be astounded by the colorful visuals and the lavish environments of the game. The visuals are definitely on par with today’s standards. Everything from the bosses to the revamped look of Pit are all richly designed. Combine this with the impressive 3D effects and, I must say, Uprising is one of the best looking 3DS games ever made.

Continuation of Kid Icarus NES
The story of Kid Icarus: Uprising takes place after the events of the first Kid Icarus game on the NES. Several years after the defeat of Medusa, the god of the underworld is reborn and she’s determined to take revenge on humanity. With Pit now a fully-fledged angel, Paletuna orders Pit to help her in defeating Medusa once and for all. Through their epic adventure, Pit will go through numerous places where he will meet characters (ex: Magnus) that will aid him. While the story isn’t as deep as some might expect, it’s there for fans who followed Pit since the NES days.

New Type of Gameplay
Uprising is no longer the platformer game we remember playing long ago ,but instead, Project Sora overhauled the gameplay. Each chapter is divided into three parts: aerial battle (like the one on Starfox), ground battle, and a boss battle.

During the aerial battle, you have five minutes to do whatever Paletuna asks you to do. Using the L button to fire projectiles and the stylus to move the reticle, your objective is to eliminate whatever enemies that come Pit’s way. Once those five minutes expire, you head down to do the ground battle, where you control Pit in his quest to tackle the boss. Using the same exact controls, you can now do a melee attack with the L button. Near the end of the chapter, you’ll face a boss. Some of these bosses are from the Kid Icarus on the NES, like the Hydra. Out of the three types of gameplay in each chapter, fighting bosses is the most fun as you’ll get to fully utilize Pit’s abilities.

Lots of New Gears
At the end of each chapter, you will be rewarded with several items such as gear that Pit can equip. With a plethora of items that are scattered throughout the game, you have the option to equip Pit with numerous weapons ranging from a blade to a bow and much more. Each weapon has their own advantages and disadvantages and it’s up to you to find out what works best. While Pit is by himself fighting enemies and bosses a majority of the time, there are certain instances where other characters will join Pit in his quest to get rid of the monsters on the planet.

Lots of Unlockables & Things to Do
Those who are fond of unlocking stuff will find Uprising interesting. With so many things that you can find and unlock, it gets very overwhelming. During each chapter, you will be collecting items that Pit can use throughout the game. An overall list of the items you’ve collected are listed on the Vault option of the main menu. Also, there are tiles that you can complete to show what is hidden beneath it. For every completed achievement, a piece of tile is revealed. If you enjoy the beautiful soundtrack of Uprising, you can listen to them in the Music Gallery option under the Vault. Also, if you’re feeling generous, you can offer the goddess some hearts. This can be done under the Offering option. As for those who want to use the AR functionality, you can use the AR cards included with the game for battles. These small additions will surely give players lots of things to do and provide incentive to replay the game.

Kid Icarus: Uprising Review, 9.3 out of 10 based on 52 ratings
1 of 2
Previous article Dynasty Warriors NEXT Gets 1.01 Patch
Next article Indie Royale Ninja Lightning Pack Now Out

Rumor: Persona 5 Scramble: The Phantom Strikers is Getting an English Release

WWE Supercard Season 7 Is Out Now