The contents on the much awaited Collector’s Edition of Batman: Arkham City on the Xbox 360, and PlayStation 3 has been revealed today.

At $99.99, fans of Batman who buys the Collector’s Edition will have the following items for their collection; a Batman statue, an art book, early DLC access, Arkham City soundtrack, the original animated movie of Batman: Gothan Knight and the four collectible cards.

To be honest, the only item that appeals to me is the Batman statue! Players can expect Batman: Arkham City to arrive in stores this Fall on the Xbox 360, PlayStation 3 and PC. Stay tuned for our coverage as we head closer to the release date.

Below is the picture of the items that you will get in the Collector’s Edition. 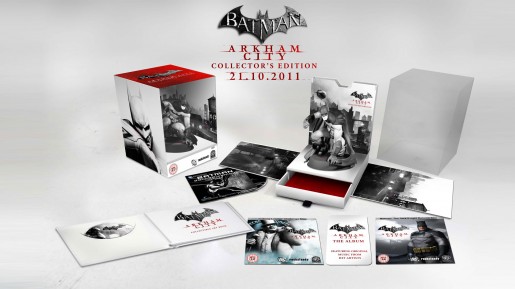