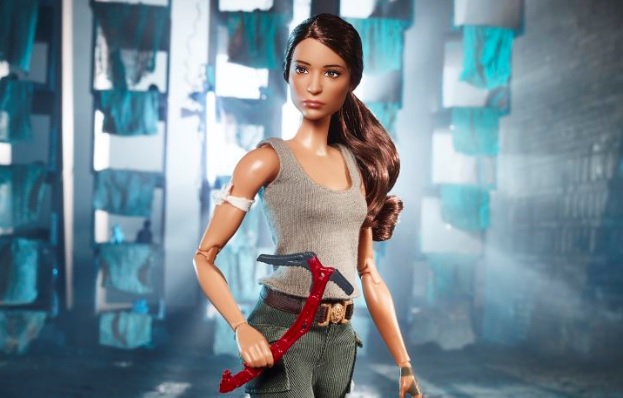 Barbie Dolls are still one of the most popular toys that Mattel currently owns. Aside from making the original character, Mattel also likes to use licensed material as well. Last year Mattel gave us a Barbie Wonder Woman doll based on actress Gal Gadot. This year though, Alicia Vikander gets the Barbie treatment thanks to the Tomb Raider movie featuring the Lara Croft character.

Mattel announced on IGN the new Lara Croft toy earlier today at the New York Toy Fair event. The toy is based off of Vikander’s new role as Lara Croft in the new Tomb Raider movie out next month. The movie is loosely based on the game of the same name that was a reboot of the original franchise. The 2013 reboot game featured a much younger Lara Croft and focused a lot more on action than the older games.

Anyway, the new Lara Croft Barbie doll from Mattel can be pre-ordered starting tomorrow on Barbie.com. It will cost you $29.99 to buy and it comes with lots of cool accessories. This includes a map, axe, journal as well as a stand to help display it. You even get a certificate of authenticity too!

The new Tomb Raider movie is out in North America on March 16th, 2018. It is the third Tomb Raider movie ever released as the first two were out in the early ’00s. The earlier films starred Angelina Jolie as Lara Croft and the role made Jolie more recognized to gamers and movie fans around the world.