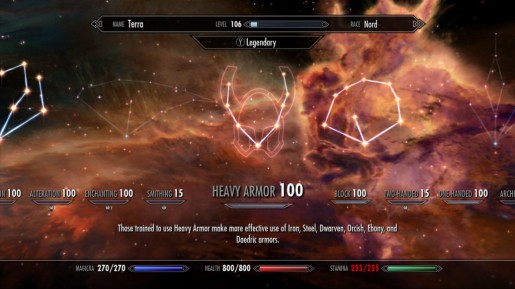 Skyrim on PC recently received the 1.9 patch, also known as the “Legendary” update, as we reported a few days ago. This left PS3 and Xbox 360 owners wondering when they, too, could enjoy the new difficulty and removed level cap.

Bethesda has gone on record stating that the current plan is to have the update hit consoles “later this month”. That’s about as specific as they’re willing to get right now. With about a week and a half left in March, we should be hearing about a set date fairly soon. Check back soon for more information as it becomes available.