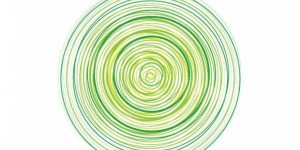 Online gaming services have seen their first error of the year and the dirt is on Microsoft’s hands.

Before giving ammo to either side of the console war though, it’s not all that bad. And it’s a mostly European problem, so it’s not too much of an international issue.

Sky Player and LoveFilm are two new applications on the Xbox network and both are temporarily buggy and off, giving people the titular ‘Service Alert’s.

Microsoft had this to say…

“We are aware of the problem and are working to resolve the issue. We apologize for any inconvenience this may cause and thank you for your patience [sic]”

Ignore the spelling error and we may be able to forget that this could be a sign of things to come. Let’s hope not.

My name is Wil Taylor, an ex-rabid Nintendo fanboy until only a few years ago, a crazy man in a crazy hat showed me that games could be much more than Mario. I buckled up tight and gripped my respective controllers and decided that I was going to come up along-side the new wave of gaming and focus on the interactive mediums. Because seriously, how often does humanity discover an entirely new medium for art? Also, blowing up things is neat too. My favorite games are Bastion, Portal, BlazBlue, Street Fighter, Super Meat Boy and Saints Row.