Not only has Ubisoft just announced a new Call of Juarez title, The Cartel, but it has also released the first two screenshots of the title. The modern twist on the wild west is looking quite good straight away from announcement if these screens are anything to go by. Call of Juarez: The Cartel will be released this summer on Xbox 360 and Playstation 3. 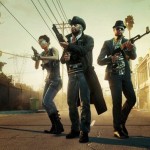