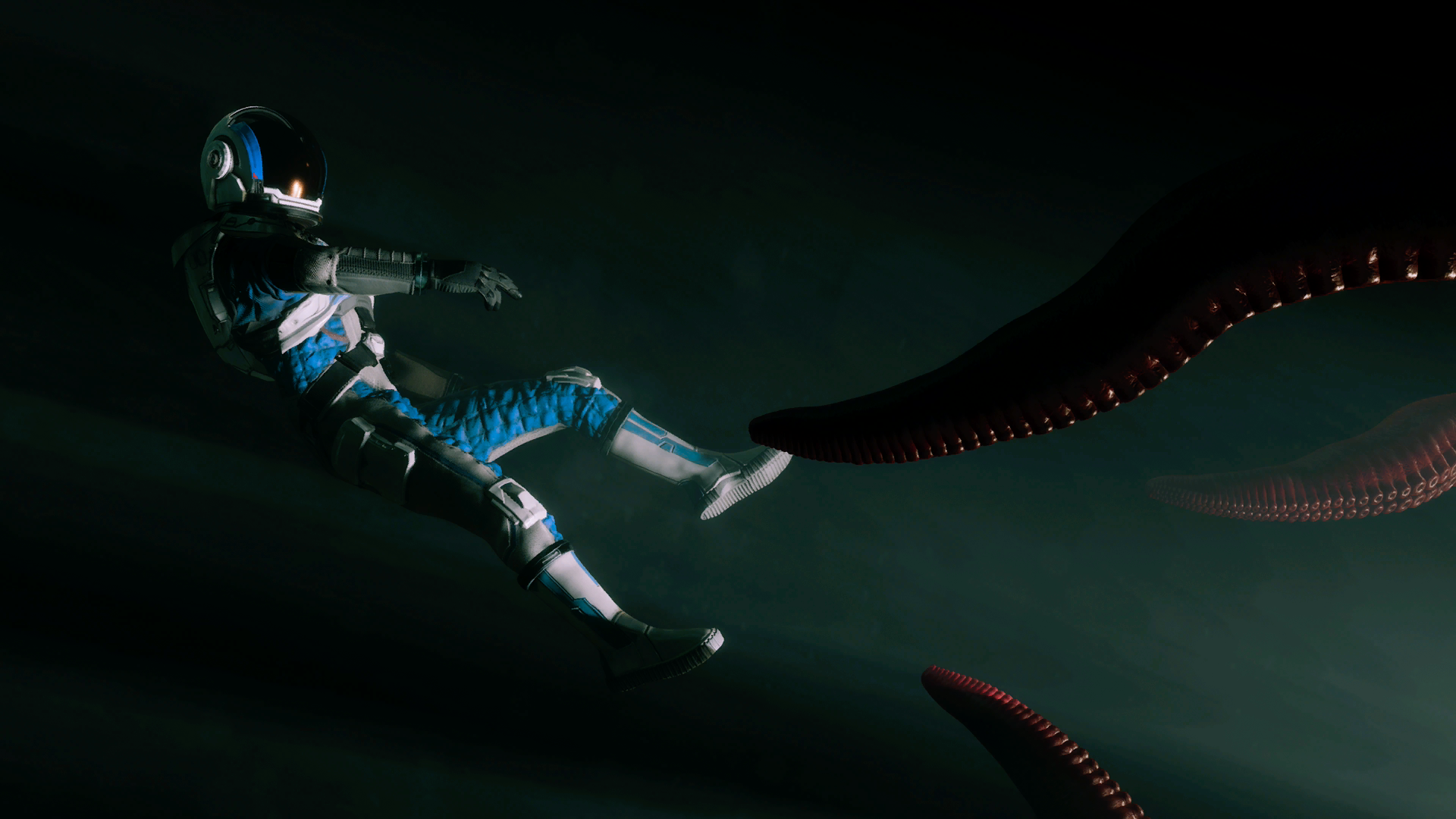 Arguably one of the hardest things for a story to do is hook someone interesting. BioShock has a lot of flaws, but there is absolutely no denying the world of Rapture is filled with fascinating set pieces that are explained throughout your journey. A number of other stories and games achieve this by setting the story in the future or most interesting part and make others want to see how exactly do you get from point A to B. Moons of Madness understands the importance and attempts to keep people interested by presenting mysteries that it will eventually explain. This is a trick that has worked well for a wide number of stories, but will it be enough to sell this experience?

Moons of Madness starts by presenting a space station not unlike what we saw in Dead Space. There are grotesque sights, a general sense of a struggle that all builds up to a climactic moment that results in it being a dream or possibly a hallucination. Naturally, when you explore the space station and see the same setting now in pristine condition and do slightly different versions of what you did in the dream, it effectively fills you with dread. There is a general sense of unease and as we learned with traditional horror movies, the idea of a threat can be as effective as actually seeing it.

Where things both start and stop going off the rails is the introduction to the world. Most of the initial experience is empty and feels mundane. So much so that there is a part where you actually need to find a pen to reset your device, allowing it to function and help you interact with various types of technology. It doesn’t take long before the initial excitement is lost in a world of boring everyday tasks and desire to explore what happened in length.

Once you get to the first real puzzle, realigning plates, it’s abundantly clear all of this exists to pad time between horror segments and most of the story is conveyed through random documents and details scattered across the base. These aren’t problems per se, in some ways, it gives more dedicated the option to really get into the world, though it relies entirely too much on mysterious forces and ominous comments that suggest there is a psychological element, rather than a supernatural one.

Unfortunately, most of the puzzles have somewhat obvious solutions and it isn’t engaging enough to make it feel like more of a walking simulator. There are only so many things you can do and often times it’s just turning dials or moving things to solve a wide variety of problems. There is more to it than that but not enough to change the overall experience.

As you get to the end, it falls down some predictable paths. It’s clear what Moons of Madness want to accomplish, it just requires an investment that will fall short for many. Especially if you pay attention to the dialogue, as it slowly explains the crazy visuals that you’d expect in a low budget sci-fi movie, to the point where the dialogue is only interesting because of that relationship.

There really isn’t much to say about the Moons of Madness. While it poses itself as a big horror game and that there is a lot to be excited for, it never quite builds off the initial hook. Often times you’re stuck dealing with boring scenes that pad gameplay and do such a good job of keeping you guessing, you forget why you were interested, to begin with. For some, it will still be great but for many, it just isn’t worth it.

[Editor’s Note: Moons of Madness was reviewed on PS4 platform. The game was provided to us by the publisher for review purposes.]