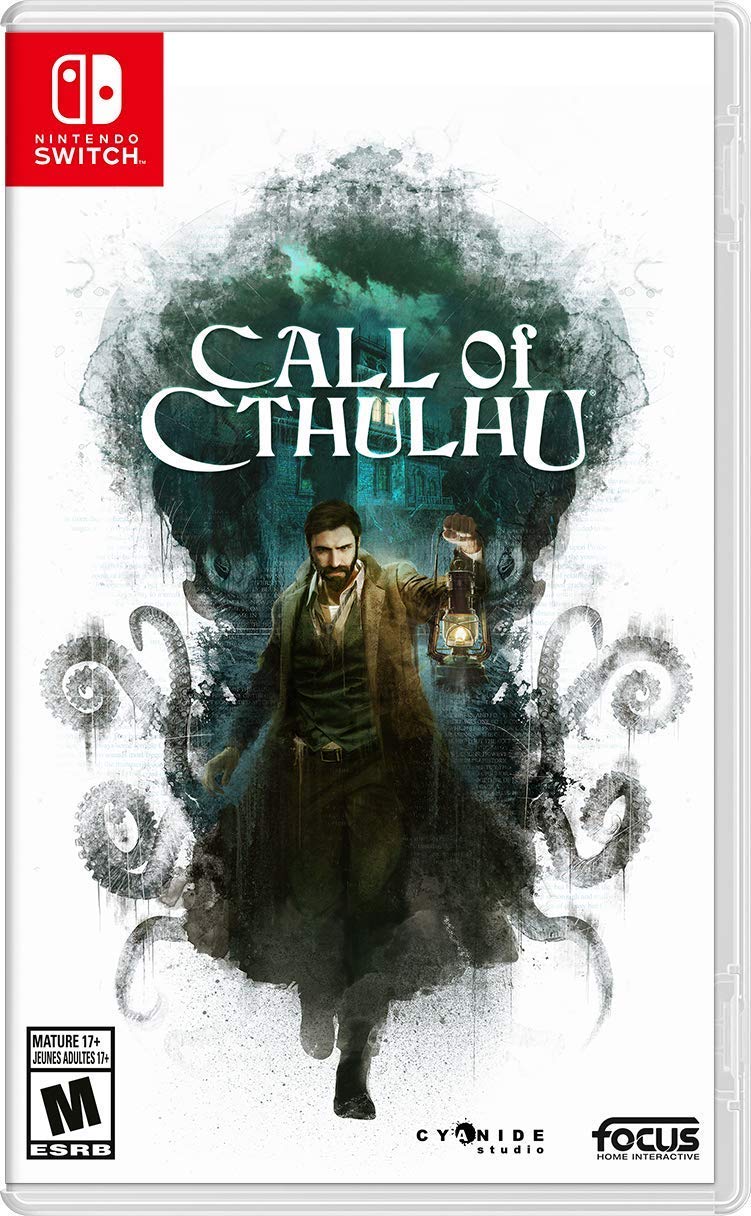 Part of the appeal of the Nintendo Switch is fulfilling the fantasy of a portable console capable of playing home console titles. This is part of the reason so many developers try to include it and we’ve seen various amounts of success. However, the other part in this struggle is that it isn’t always meant to be or we get later experiences that can best be described as a bonus, instead of a massive win. While Dragon Quest without question falls in the latter, Call of Cthulhu is a bit more of the former. Gameplay makes it the perfect sit in a chair while a show is playing in the background game, but is there enough to sell the experience on Switch or does it fall short? Here’s our Call of Cthulhu Review.

Call of Cthulhu is a game inspired by Lovecraft’s universe and is based on the fairly well-known RPG. The adventure follows a private investigator named Pierce and covers his quest to solve the mystery of the Hawkins family’s unfortunate death. Once the nuts and bolts are out of the way, the story has a fair amount going on.

Like a lot of story-driven experiences, it’s really what you make of it. There are plenty of files to find, details to uncover, dialogue choices to make and it can be a world filled with thrilling twists and turns or a bunch of weird stuff that eventually reaches a conclusion. Ideally, you’ll explore the lore and see all the craziness that occurs, but the journey doesn’t quite pay off unless you’re really invested in the core narrative. It’s also held back by gameplay, which really acts as more of a buffer between story segments.

While not entirely accurate, some might view Call of Cthulhu as a walking simulator because there really isn’t much besides moving from choice and story detail to the next. There are times where you need to solve a puzzle or prove you’re stealthy, except these are rather limited. None of them are enough to sell the experience, especially when it’s largely what you make of it.

Someone rushing can overlook a bunch of details, limit their ability to truly explore everything that is going on and ultimately reach a conclusion in record speed, with it requiring someone moving from shiny thing to shiny thing to see most of what it has to offer. For some this might be enough, for others it falls short, with my biggest criticism being the Switch port itself.

Considering Call of Cthulhu released about a year ago for PC, PS4 and Xbox One, it was plenty of time to ensure a solid Switch release. Unfortunately, it felt less like a current-generation game on the go and more like an early PlayStation 3 title, not unlike BioShock or something in the same time frame. Between a lack of polish, bad animation, with one point I questioned whether Pierce was a puppet-based off how poorly his mouth moved, it feels like an uninspired slog over loving homage and quality port. It doesn’t take long before you either buy into the teases of potential horrors and mystery, of which it does to mixed results or find yourself checking out other experiences.

In a lot of ways this is a shame, as there is nothing wrong with any one of these elements, it’s the that they never come together in a way that is satisfying. Especially in an experience that requires a large investment from the player for rather dubious rewards.

The struggle with explaining the finer points of Call of Cthulhu is that it hinges on you getting hooked. Without that moment where you’re clamoring for more and willing to overlook some shortcomings, a quality that has benefited a number of titles over the years, it’s just a rather dated looking exploration game with a neat story if you’re willing to invest in it. For some, that is enough, though it isn’t the type of experience that is easy to recommend. Not because it lacks anything worthwhile, you just need a certain mindset and there are other titles that do a much better job with far less.

[Editor’s Note: Call of Cthulhu Review was reviewed on a Switch platform. The game was provided to us by the publisher for review purposes.]

Bravely Default II Gets a Demo

BioShock: The Collection Crashes on Switch May 29